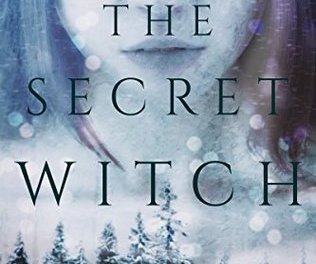 The Secret Witch, by Jeff Severcool, is a dark, Gothic tale about attaining freedom, even as you pass through the fires of hatred.

Verity is a young woman who lives in Salem during the witch hunts. She, and her adopted sister Hope, decide to get some berries for her in the woods, when they stumble across a dead deer, who is drained of blood. As the witch hunts continue, and Verity loses both of her sisters to the hellish embers of life and death, she herself must face the evil festering within Salem. It all comes crashing down when she, herself, is targeted. Severcool weaves a demented story about a girl’s quest for freedom, as she walks the thin line between salvation and damnation.

While I didn’t necessarily love Verity, I did understand where she was coming from. Puritans are incredibly strict, and when they came to this country, they sought freedom for themselves, but not for others. Nevertheless, she does attain what she desired most; the freedom to choose, the freedom to live, and the freedom to kill. She did remind me of myself when I was younger. After all, I wanted to stray from the norms: it’s why I started Black Magic Reviews to begin with. What bothered me was how she just walked past the dead corpses hanging; it was like she couldn’t be bothered with it, not when she had her own life to think about.

Salem was, of course, the site of the infamous witch hunts. Paranoia shrouded the town in fear and scandal, something that Verity pointed out. If you were different from any of them, you risked being murdered. That was exactly what’d happened to Verity; though justice was served by the death of the Elder, she herself was brought to trial for his murder. From the sham marriage between Purity and her husband, Josiah, to the dark dealings of Minister Barrowe, it appears that human corruption is more monstrous than the vampires themselves. Severcool shows this stark contrast, that though vampires were traditional monsters, humans were the ones to destroy. But even so, vampires were still a mystery to her, so who knows what sins they commit?

I enjoyed the book. While Verity’s callousness did disturb me, I saw myself in her, and thus connected with her on her quest for freedom. The idea that humans were the real monsters was also well-executed. As such, I would give this book a rating of a 4.0 out of 5 stars, and would recommend this book to fans who love The Killing Cure by C.S. Kendall and Pnaramakhia by Flavio Santonocito.

The book can be found here: https://www.amazon.com/Secret-Witch-Jeff-Severcool-ebook/dp/B074SS6VV8

A court jester's life is always a bit harsh. There are times when the kingdoms run amuck, when aristocrats cry, when babes become adults, when children love something they shouldn't love. Yet, despite all that, I am content with what I am. A simple fool, and nothing more.