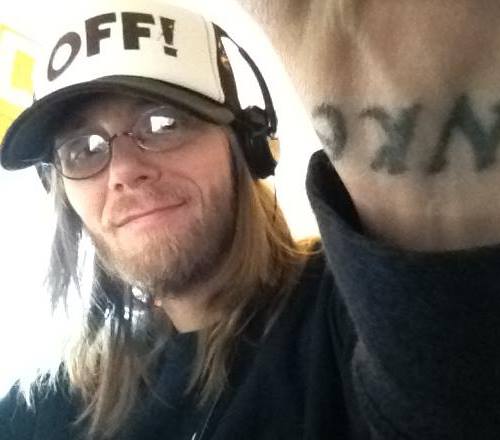 Favorite Novels: Boy’s Life by Robert McCammon, The Green Mile by Stephen King, Eyes of the Dragon by Stephen King, The Painted Bird by Jerzey Kosinksi, I Am Legend by Richard Matheson, Some Kind of Hero by James Kirkwood, Intensity by Dean Koontz.

Favorite Quote:  “Trust in the Lord with all your heart, and lean not on your own understanding”

Full Bio: Chad lives in Battle Creek, MI. with his wife and children where he works as a medical language specialist.  For over two decades, he has been a contributor to several different outlets in the independent music and film scene including articles, reviews, and artwork, as well as his own—now defunct—publication, Cornflake Overdose. Chad loves music, rain, sarcasm, dry humor, and cheese. He has a strong disdain for dishonesty and hard-boiled eggs. He has written for Famous Monsters of Filmland, Rue Morgue and Scream magazine and is a regular contributor to Horror Novel Reviews, Halloween Forevermore and Heavy Planet.  You can find his fictional work inShadows & Light #3, #4, #5 A Merry Scary Christmas, and his Double Feature Collection series, including books I, II, & III:  Two Before Dawn, Little Ones of Wood & Hair, and Death Dealers:  Aid from the Elderly.  Chad’s 18-story horror anthology Night as a Catalyst was released in spring 2015.  Late 2015 several more releases will be added to Lutzke’s body of work, including Car Nex: From Hell they Came, The Him Deep Down (his collaboration with Terry M. West) and stories in Straight to Video:  The Sequel, Toys in the Attic:  A Collection of Evil Playthings, and Straight to Video:  Conquest of the Planet of the Tapes.