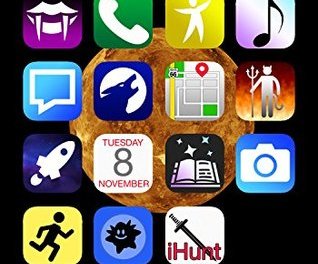 iHunt: Killing Monsters in the Gig Economy, by David A. Hill Jr., is a comedic horror about a young monster hunter trying to fit into modern society.

Lana is a freelance hunter. She uses an app called iHunt, a tool that helps her track down potential gigs and leads. As she struggles to juggle her other job and pay her bills, she gets caught up in a territorial war between vampires. What’s more, she has to deal with Natalie, a mysterious vampire warns her that the human race could be enslaved by a powerful vampire. As the fighting escalates, Lana must use her wits to try and escape with both her life and finances intact. In this humorous adventure, Hill delves into the macabre world of monsters, all the while satirizing the ruthless reality that both monsters and humans thrive in.

I like Lana. She reminds me of myself, other freelance writers, and nearly half of America’s millennials. You take a job you’re given, and that’s that. You can’t complain about the job to your employer, nor can you argue for better working conditions. And even in the cool, ever-evolving world of the monster world, as it turns out, you’re still a corporate slave. It’s funny, in a sense. And yet, with all the value Lana has had to place on money, she still manages to find these little pockets of hope, such as friendship, even romance. Despite Lana trying to become some cold killer, she still keeps herself sane. From friends like Vanessa, to love interests like Denny and Natalie, in a twisted sort of way, Lana is just like the rest of us, trying to make it in the world. There may be a looming apocalypse hovering over her head, but at least she’s happy.

But however humorous this book was, Hill also illustrates capitalism as a dark, somewhat ironic game. For instance, take the TV show, Supernatural. Yeah, admittedly, the profession is really cool; saving people and killing things that go bump in the night. But the harsh fact is you still have to make a living, and you have to do it even though people might screw you over for it. Lana went viral in a video. She was even about to get a movie deal out of it, yet because they cancelled it at the last minute, she does’t profit from it. She had a lot of money waiting for her through iHunt, but the IRS froze her accounts. In fact, despite she was literally owed thousands of dollars, she still had to rely on Natalie for financial security. And in all honesty, it’s kind of heart breaking.

Overall, I liked the book. It was essentially a playful jab at the society we live in. The protagonist was a badass hunter but could barely make anything with it. She gets screwed over by her employers, both vampires and humans alike, yet she still continues because she doesn’t have any better alternative. There were times when the book was a little predictable, and I do feel that Natalie and Lana could receive more development romantically. Nonetheless, it was a decent read. As such, I would give this book a rating of a 3.6 out of 5.0 stars, and would recommend it to fans of A Wolf Like Me by A.S Fitz, Supernatural, and Velveteen by Daniel Marks.

A court jester's life is always a bit harsh. There are times when the kingdoms run amuck, when aristocrats cry, when babes become adults, when children love something they shouldn't love. Yet, despite all that, I am content with what I am. A simple fool, and nothing more.