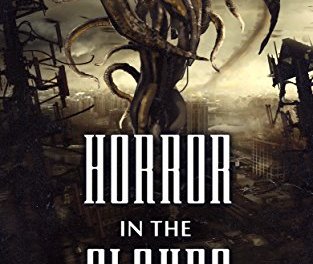 Scott Shoyer is winning zombie fans over on a regular basis, and he’s looking to continue building his legacy of terrifying fiction with his latest release, Horror in the Clouds. It’s a book we’ve got our eyes on, and if you’re wise, you’ll keep your peepers affixed, as well!

Check out the press release below for all the deets you need, other than the purchase link, which is right here:

Fresh off his Outbreak trilogy (Outbreak: The Hunger. Outbreak: The Muta-tion, and Outbreak: Endplay) which re-defined the zombie genre and made zombies frightening again, Shoyer is back. This time he tackles and updates the cosmic horror genre and proves that Lovecraft’s creation is more relevant than ever today. But Horror in the Clouds isn’t just a work of fan fiction. Shoyer not only creates terrifying new Elder Gods, he makes them believable.

Shoyer effortlessly creates a new Lovecraftian world where the new Elders are trying to break through. Not only do we see the main characters attempting to hold back these creatures, but Shoyer also takes us to the creature’s realm and inside the creature’s dark, twisted mind. There he offers a glimpse of an alien world full of horrors, suffering, and despair which most people couldn’t dream of in their worst nightmares.

The Squire family is on what they think is a relaxing family vacation to see the Grand Canyon. When they get to the town of Derleth, it seems they found a quaint little town in the heart of the American Southwest. Instead, all the Squires found was betrayal, secrets, and horrors in the sky. Damien Squire, the father, caught a glimpse of something in the clouds but shook it off as road exhaustion, but once he realizes the creature he saw is real, will it be too late to stop it from en-tering our world? Ancient bloodlines come into play as the town’s leaders and practitioners of a sacred cult attempt to bring the Elder God, N’Xabez, into our world. A prisoner stuck between its world and ours, N’Xabez demands to be unleashed in our world. N’Xabez requires sacrifices in order to satiate its thirst and hunger, and now that it senses the Squire bloodline is in the town, it knows it can complete an ancient ritual to permanently make it the supreme ruler of our world. 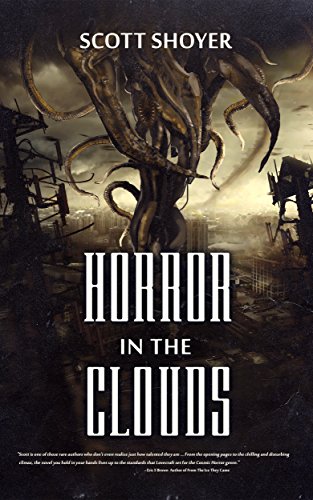