Dread. It’s a powerful feeling, and surely one writers in horror genres of all stripes wish to evoke. So how do you establish it in your writing?

Hell, I don’t know. It might just be a talent some folks have and others don’t. But I do know one component of it that’s absolutely essential.

Is the original Halloween (1978) movie considered a “slasher” film? I grew up understanding that it falls into that category of horror film, alongside movies like Friday the 13th (1980). But after a recent viewing and a little reading on IMDB, I’m not sure “slasher” is the right subgenre for Halloween. For one thing, there are a grand total of five deaths, and one of those is a family dog (not to take anything away from the killing of the family dog—how many movies actually kill The Dog?). Pretty low body count for a slasher pic. And blood? Fuggetabout it. A little smear on the mechanic, some on Judith at the beginning, a little more on Laurie during the climax. That’s about it. Hostel it ain’t.

So then what’s the big deal? Friday part one knocked off 10 people and one snake. That sounds more like a “slasher” to me. (Hey, apropos of nothing: What jackass put a hockey mask on the updated cover of Friday the 13th? It’s on IMBD right now, go check it out. How ridiculous.)

I certainly am not about to engage in a debate about which movie is “better” because for starters, to me, a piece of media can be superior to another piece in a number of ways, but I still might not want to see or read it. I recognize Laurence of Arabia is an excellent film, but I’ve seen Starship Troopers many, many, many more times. But can we agree that there’s a Certain Something in Halloween that Friday the 13th lacks, or at least does differently?

So, back to our first point: I’d argue that the Certain Something missing from Friday the 13th but abundant in Halloween is dread.

John Carpenter forgoes ultraviolence in favor of the slow burn. Michael Myers is nothing more than a menacing figure (a.k.a., The Shape) for the bulk of the film. He’s merely a “creeper” as those darn kids like to say. I mean, really—following girls in a station wagon? Oooooo! Hanging around a backyard line of laundry? Ohhhhh! By modern standards, that’s pretty tame. More irritants than anything.

The movie begins with Michael’s psychopathy clearly on display as he stabs his sister to death, so we’re already creeped out by the little nutbag. But imagine the film starting with Dr. Loomis in the car with the nurse, talking about Michael. Skip the opening sequence entirely. Does Michael’s looming presence in Haddonfield still convey a sense of dread? Is the station wagon that follows Laurie still foreboding? Is the tall, masked figure in the laundry line still unsettling?

I think so. Between the framing of the shots, the soundtrack (my god! The soundtrack!), and the performance of one miss Jamie Lee Curtis, I think the dread would remain intact—perhaps even increase, since we don’t know for sure what this creep in the white Shatner mask is after.

Now here’s the takeaway for fiction writers studying this film: Michael does not evoke dread because of the mask, or the way the film was shot, or the music. You’ll have none of these things in the written word, after all. You can describe his menacing stare and the unnerving blank whiteness of the mask, but it’s no match for Carpenter’s angles and composition.

No, what builds the dread is that we like Laurie Strode.

Horror works best when we like the people being horrored. (I can make up words if I want to!)

Dread is a “sub-genre” of suspense. It’s suspense, but with added certainty. With suspense, we might not know what’s going to happen. There might be a jump-scare with the cat leaping at us from the other room, or there might be A Killer hiding in the closet.

With dread . . . oh, we know what’s coming. We know. And it’s gonna be bad. Dread makes us a little sick to our stomachs. Suspense is seeing a car and a pedestrian approaching an intersection at the same time. Dread is seeing the pedestrian stepping in front of the car. If we like the pedestrian, that dread becomes nearly tangible.

A likeable or relatable protagonist is central to the success of most books. I’m sure there are exceptions, but if you’re still trying to break in—whether that’s with a major publisher or just to grab readers’ attention in the sea of direct-to-Kindle—having a main character we can relate to and care about it crucial, particularly in horror and its subgenres, since identification with the protagonist is what helps make the scares scary.

One shortcut to making a main character (MC) likeable it to give him an emotional wound. This could be the anger he feels toward his absentee mother, or how his heart was crushed by a romantic relationship. It could be that she just lost her job, or she hasn’t spoken to her sister in ten years. Whether these are also plot elements or not is up to you—it’s great if they are, but it’s not critical. Wounds help readers identify. It gives us a chance to say, “Oh yeah, I know what she’s going through,” and we have an instant connection.

We’re briefly aware in Halloween that Laurie’s not getting the same romantic action as her friends, and we can identify with that. We’ve been there. (Not me, personally, obviously! I was like the Fonz, man! I could just snap my fingers and the ladies came running! So shut up!)

An even simpler “shortcut” is this: Don’t let your MC be a dick. If, as a writer, you’ve got a knack for real snark, sarcasm, or even outright emotional brutality, maybe pass those traits on to some other character rather than giving them to your MC. We’ll back up a character verbally or physically defending herself, but picking fights for the sake of it doesn’t usually sit well with us.

Readers also don’t like doormats. A character may begin weak and grow stronger—that’s pretty standard. But meek and mild only goes so far before readers start getting upset. We do like to root for an underdog, but that underdog better stand up for himself at some point. Laurie’s an underdog from the get-go, but she fights, and she fights hard. We can admire her courage under attack, her quick-thinking, her refusal to submit.

All of these aspects of Laurie make Michael all the more terrifying because by the time he’s in the house, we are connected to Laurie emotionally. Michael could be a growling, feral werewolf or a suave, debonair vampire, or a three-headed snake-monster. It doesn’t matter; we’re in this with Laurie. Consider the first Terminator (1984) film: The machine is terrifying enough by being an unstoppable force out to kill Sarah Connor, but we’re sucked in because we like Sarah, and it becomes easier for us to become the target; to inhabit for two hours the fear and terror of being the one the machine is after. If Sarah was a stuffy, rude brat, we’d soon be rooting for the terminator.

Whatever genre we want to put Halloween, Friday the 13th, or other similar movies and books into, the ones that are most successful (in a storytelling sense) are centered around characters we like and can relate to. It works on film, and it works in novels. Let your good guys be vulnerable, show them trying to do their best even if they fail (and they should fail, for the most part). While we may not follow bottom-feeding weaklings for very long, we will follow MCs who are wounded or flawed.

Once that connection is established, dread will soon follow.

BIO: Tom is the author of SICK (http://goo.gl/2P6Nwa), a zombie novel dubbed “The Breakfast Club meets Walking Dead”; the ghost story novella THOSE WE BURY BACK (http://goo.gl/at5wqN) ; and SHACKLED (http://goo.gl/skU53c), a suspense novel about dealing with PTSD and a panic disorder. Follow him on Facebook at /AuthorTomLeveen and on Twitter @tomleveen. For more writing advice, visit his site fictionmentor.com. 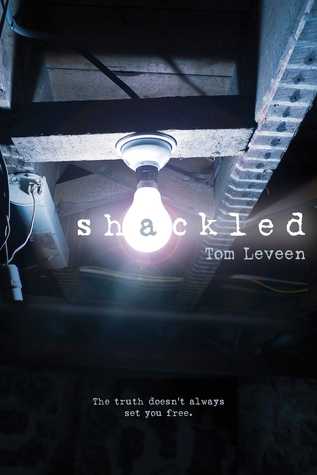