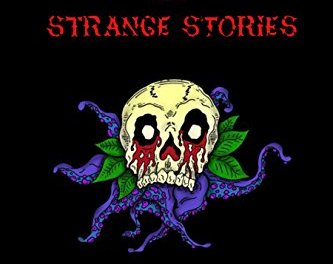 I love anthologies, I do. And not just horror anthologies; but crime anthologies, Chinese and Pekingese poetry anthologies, and those big, spiraled cookbooks that double as collections of nostalgia, ranging from how to milk a horse like a proper Belgian farm lass to the perfect recipe for a really good Borscht. Anything like that, I’m all over. So when Matt sent me a review copy of Mr. Mehaha Presents Strange Stories To Tell Your Friends, I was excited. As excited as the time I taught a Belgian horse how to make a really good Borscht. Ultimately, I was disappointed.

From the beginning, the book annoyed me. “Some of the following stories are loosely based on unconfirmed actual events!” How do you base a story on an actual event if the actual event is unconfirmed? To make my point, reread what I just wrote in your best Seinfeld voice. See? Wouldn’t that annoy you too? But I try not to judge. A few paragraphs down, the author mentions that the following tales contain rape, dismemberment, self-cannibalization (which could apply to all writers if you think about it…), murder, necrophilia, and “much, much more!.” As a loyal American citizen, I was hooked at the mention of necrophilia. And foolishly, I expected “much, much more!.”

These stories aren’t new stories at all. There’s nothing refreshing. There’s nothing particularly invigorating. Worst of all, there is little characterization. As writers, aren’t we all writing about people when it comes down to it? Even if it’s a story about a monkey princess doing the Conga in the Congo, there’s something recognizably human there. Mr. Mehaha lacks that. The characters are crude caricatures. The dialogue is flat. The stories are unimaginative. The humor is forced. But the illustrations are pretty cool. That’s the only reason I’m giving this a 2.5/5.

This could be much more. So much more. Sure, the stories aren’t all new but then again, the most popular stories aren’t. They’re part of a long, respected tradition. If the author found a proper editor, this would be a much better book.

Before I forget, if anyone wants good Borscht recipes, you know how to reach me.

Give it a try right here. 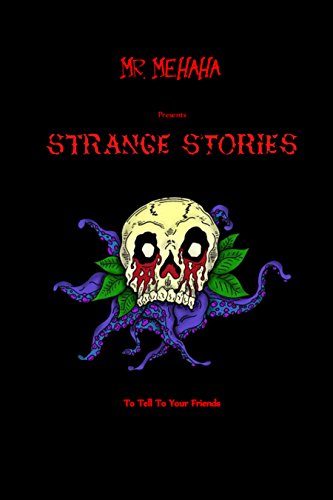