Whoa! Never judge a book by its cover! What looks to be an innocuous little read, became quite the tale of suspense. Where lines blur and you are left wondering until the very end what’s real, what’s not. Mark West proves yet again with this novella, it’s not the word count that makes a story, it’s the way it is told.

Polly Harper thought she had a good marriage until she walked in on her husband having an afternoon tryst with his assistant in their bed. What was to be an anniversary vacation in Spain, ended up with Polly taking off to Paris to console herself over her cheating husband. While in-flight to Paris Polly encounters a fellow passenger, who rubs her the wrong way, she silently nicknames him, Mr. Creepy.

At first, she’s excited by her arrival to the destination of her dreams, that is until she begins noticing Mr. Creepy everywhere she turns. Not sure if the man was hired by Dale, her husband to follow her or if she is being stalked by some maniac, Polly becomes a bit unhinged. Trying to make the best of it, she befriends a fellow traveler as a companion to experience the nightlife in Paris. This is where things take a drastic turn.

There is a serial killer on the loose in the city. With mounting terror, Polly, no longer sure if she is imagining things, feels herself begin to crack. Is she to be the next victim? If so, who or what has her in their target?

Mark builds the tension and then lets you linger a bit until you can’t wait to find out what will happen next. This is a sitting on the edge of your seat read… don’t pass this one up! Get your copy HERE! 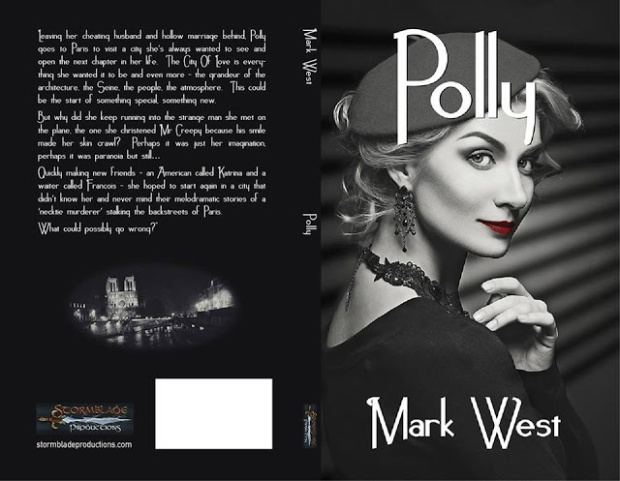