If you read Kim Newman’s Anno Dracula, you know Kim understands vampires. The book sold like hot cakes and garnered critical praise from countless outlets. In short, it’s a bad ass book. And now it’s getting the comic/graphic novel treatment courtesy of our friends over at Titan Comics!

Below we’ve got some additional information on the book, but we’ve also got a look at a series of preview pages in addition to five awesome variant covers for the book! First, let’s get a look at those preview pages: 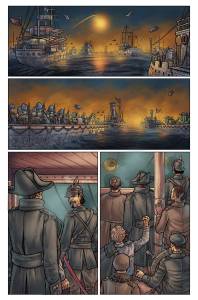 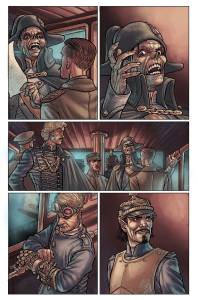 Titan Comics is pleased to share with you the covers and an extended art preview from ANNO DRACULA #1 – an all-new comic mini-series based on the best selling ANNO DRACULA novels, written by creator Kim Newman with art by Paul McCaffrey (The Third Doctor).

The Anno Dracula series depict an alternate 19th-century history where the characters of Bram Stoker’s Dracula fail to prevent Count Dracula’s subjugation of Great Britain, creating a world where vampires are living amongst humans and a central part of society.

Now, let’s take a gander at those covers!

Anno Dracula #1 hits comic stores and digital platforms on March 22, 2017 and is available to order from Diamond PREVIEWS now.