Susan Greene has been working in the scientific field for years, happily. Happily until her life began to spiral and the once stimulating work took to the mundane… and she took to selling illegal substances to street thugs in search of something to get her heart pumping again. But a deal gone wrong nearly kills her… before the legendary (as we know him) Dr. Herbert West intervenes, saves her life and offers her a job. See, he’s in a similar line of work, selling a new “designer drug” known as Eunique.

The drug is changing the face of the bleak world West lives in, but as he engages in his shady shenanigans, he also moves closer to mastering his ultimate goal of becoming The Reanimator, the one man capable of ressurrecting the dead. Can he survive the feuding gangs that clamor for his drug? And what does the man plan to do once he truly has perfected the business of reanimation? 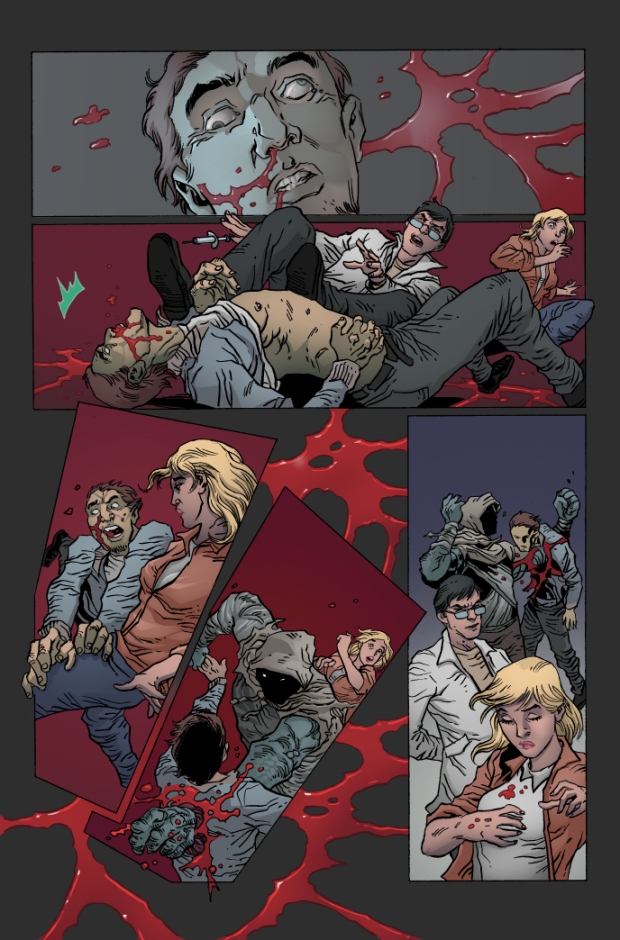 There are some great questions and conflicts introduced in Dynamite’s inaugural issue of Reanimator. Writer Keith Davidsen lines up a loaded storyline loaded with plenty of additional nods to the great HP Lovecraft, and artist Randy Valiente brings a clean look to the page that aids in holding our attention. The two work wonderfully together and Jorge Sutil’s coloring does nothing to steal away from the book’s magic.

Reanimator feels like a sure-fire hit. The narrative is quite engrossing and the mystery behind West and his new relationship with Susan is just what a comic fan wants. We want something to bring us back for the next issue, something to leave us hanging, completely unwilling to loosen our grasp for fear of missing a monumental revelation. And this is a series that is most definitely going to deliver monumental revelations.

You can order it here.