“You could argue-as I have more than enough times, as part of my Film History lecture-that, no matter its actual narrative content, every movie is a ghost story.”

And so begins Gemma Files’ intelligent and wonderfully creepy “Experimental Film,” a ghost story filled to the brim and overflowing with both heart and suspense. Written in the style of a memoir, “Experimental Film,” is narrated by Lois Cairns, a former film instructor struggling to succeed in the world of Canadian film while also struggling as mother to her autistic son. When Lois becomes obsessed with investigating what may be Canada’s first female filmmaker in Iris Whitcomb, her life starts to spiral out of control.

Beautifully written and keeping readers on the edge of their seat at the close of each chapter, Gemma Files has created a contemporary ghost story that intertwines film with folktale and keeps readers engaged, not just with the exciting plot, but the startlingly real characters as well. The narrator, Lois, is clever, funny, unsure, and often even abrasive; the choice of writing the novel as a memoir showcases an honesty in her character that it’s being fiction can at times escape the reader. Files’ writing is sharp and her scenes effective, at times driving into the heart of family and what it means to be a parent, only to shift gears and bring us into a terror that seems to comment on the function of film and the discomfort of the gaze.

If Paul Tremblay’s “A Head Full of Ghosts,” was the undefeated heavyweight champ of 2015, then Gemma Files’ “Experimental Film,” was the lightning-fisted contender that you overlooked. 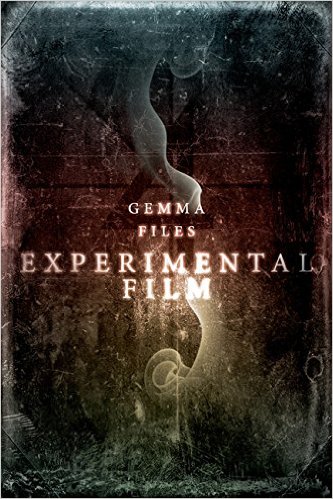