We return to the second installment in Mike Mignola’s love letter to the pulps, continuing on from issue 1 which saw the titular Joe stuck in the most precarious of situations: trying to save a young lad from being drowned by the monsters, the ‘rat catchers’ that he is after. It took me a moment to remember why the creatures are called as such in the story (due to the children, miscreants in the vein of the Artful Dodger, cue Dickensian reference, being called ‘water rats’) and its a delightful bit of wordplay that could play out for more meat to the story.

Issue two expands a little bit on Joe’s personality; after all, there’s not many (supposedly) mortal heroes who will go toe to toe with an otherwordly creature, but Joe certainly does, walloping the creature and saving the child from certain drowning. In the process, the reader is treated to just a bit more on the whole backstory regarding the golem from issue one, and dots are beginning to connect in regards to the flashbacks that Joe is experiencing and what this means to the man himself.

Usually, second issues tend to be difficult to stand on their own, particularly in the middle of a mini-series, and especially one that’s only three issues. They have the task of moving the plot along and keeping reader interest at a high as the stories marches forward to its next most logical conclusion. While there aren’t a lot in terms of the overall plot in the second issue of ‘Joe Golem’ to offer, the titillating prospect of understanding the character’s backstory as well as the world a little more more than pick up the slack that the second issue suffers from. 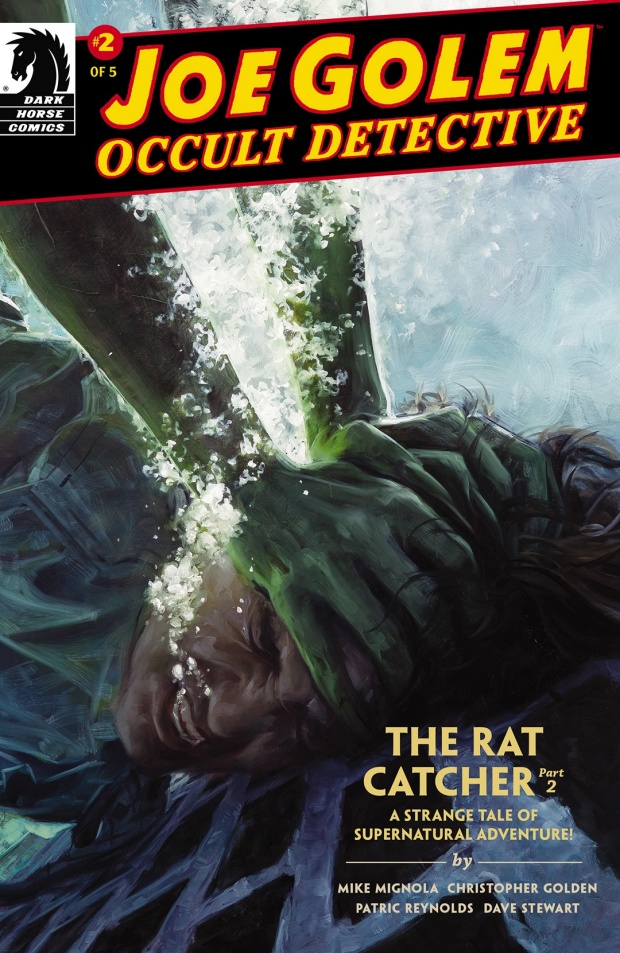 Freelance writer, professional wrestling fan, action figure collector, and hobbyist photographer from Florida. Loves comic books in all forms and genres, from horror and superheroes all the way to Archie Comics.