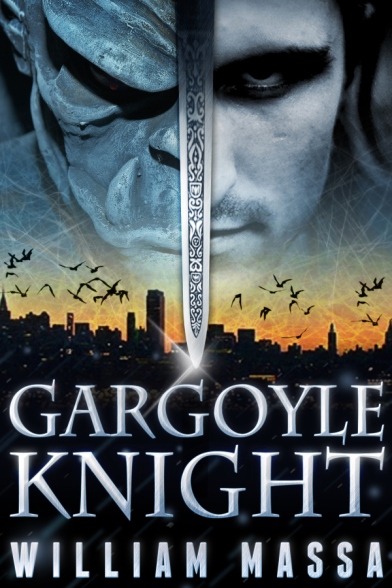 It’s obvious we love William Massa around these parts. He writes awesome material for us, He writes awesome fiction. He cares about the genre. And hell, he’s just a good dude in general. And that’s why it’s a pleasure to let you know that his latest release, and follow up to the very successful Fear the Light: Who Murdered Dracula?, is available today, for a nice introductory price of just $.99.

Gargoyle Knight sounds like a trippy affair, and given the heavy praise he was dealt for Fear the Light, there’s no reason to believe this one won’t garner a strong following as well.

You can order this one right now, right here.

When his kingdom is threatened by an ancient evil, a knight is forced to make the ultimate sacrifice. If he is to defeat an army of monsters, he must become one himself! His victory carries a terrible price… An eternity frozen in stone.

Fifteen centuries later, the warrior is awakened when the world needs him most. A stranger in a strange land with his only guide a beautiful archeology student, he must face his old adversary once again while struggling with his own darkness. For he is by day a man, by night cursed to become… The GARGOYLE!