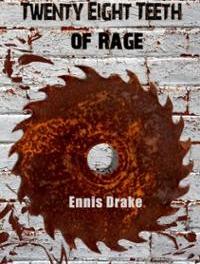 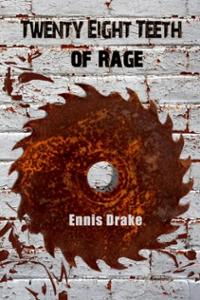 Right about now, Ennis Drake and S.P. Miskowski are sitting back somewhere smiling. Their novellas, 28 Teeth of Rage and Delphine Dodd (respectively) have picked up nominations for the coveted Shirley Jackson Award. That’s a damn fine accomplishment that has certainly instilled two quality authors with a hefty ego boost.

Nothing but positive word has made the rounds in regards to these two novellas, and while we’ve yet to cover either, you can bet we’ll have our eyes open in the future. If you’re snagging a Shirley Jackson nod, you’re putting out some top notch content!

Check out the press release below, and be sure to look into both of these pieces! 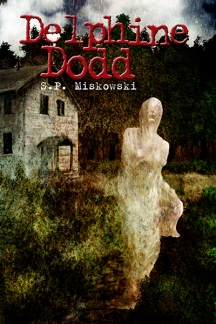 From the Press Release:

Dark fantasy and horror publisher Omnium Gatherum Media (OGM) is pleased to announce two of its 2012 novellas have been nominated for the Shirley Jackson Award (SJA).

28 Teeth of Rage (Ennis Drake) and Delphine Dodd (S.P. Miskowski) are both nominated in the novella category, representing two of the five potential winners. This is Drake’s debut and first award nomination; however, Miskowski’s Knock Knock was nominated in the SJA novel category in 2011.

“I couldn’t be more pleased that Omnium Gatherum has books once again nominated for an award of this stature,” says Kate Jonez, chief editor and publisher of OGM. “In fact, as a publisher only in business since 2011, it’s safe to say we’re deeply honored to have had books nominated in our first and second years.”

First given in 2007, the Shirley Jackson Awards are a prestigious juried prize for outstanding achievement in the literature of psychological suspense, horror, and the dark fantastic. The awards will be announced at Readercon 24, Conference on Imaginative Literature, in Burlington, MA, on Sunday, July 14, 2013.