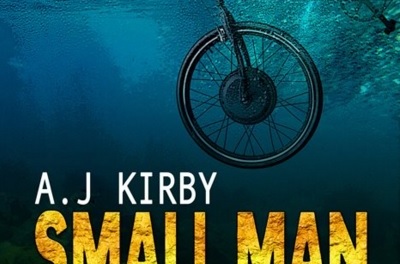 Mr. Complainer. We’ve all met him. Nothing is good enough for him and everyone is plotting to hurt him. In this case, our Mr. Complainer, otherwise known as Dale Lightwood, is an Englishman on vacation in France. Dale knows that France would be great if all the French people would just leave. The cottage he’s renting would be great if it just wasn’t so cottagy. The nature preserve at his back door would be great if it just wasn’t so full of nature. Burgundy wine would be great if he just could drink none of it or all of it. In other words, his vacation time is a continuation of his regular life. What his wife calls Small Man Syndrome.  Dale himself admits that he’s not a big man physically.  He knows that if he were just a few inches taller, all his problems would go away.

He’s convinced that, at 5’5”, no one has any respect for him because he’s short. He’s sure that people look at him and laugh. That’s why, when he knocks his seat cushion onto the floor of the car, he refuses to pick it up. He won’t give the town’s gawkers any satisfaction. He’s convinced that he’s the center of their focus. Unfortunately, without the cushion, he can’t see so well over the steering wheel when driving uphill. And when he sees the big truck coming towards him, the brake won’t depress. You see, the cushion lodged itself under the brake pedal. The near accident leaves him at the side of the road with a bad case of the shakes. The truck didn’t stop to check if he was alright. Poor Dale. All his frustrations come to a head when he gets back into the car to continue his drive to the cottage and the cyclist ahead of him gives him the finger. He’s positive that’s what the cyclist did. Temporary blackout. When he comes to, the cyclist is lying at the side of the road. Both cyclist and bicycle are bent awkwardly. Dale tells no one.

Dale doesn’t want anyone to know what happened. He’ll go to any lengths to erase all the evidence. But human nature is what it is and people have a need to talk about things.

And so starts Dale’s running dialogue with his Tall Man. All his fears and night sweats are assuaged by The Tall Man. The Tall Man might be his alter ego, the one who’s afraid of nothing, the one who knows what to do in every situation. It might be his conscience. Or maybe it’s his shadow telling him to behave as the tall, confident person he wants others to see him as.

His wife is at the end of her rope with him. She knows that he’s drinking again. Oh, yes, Dale is an on-again off-again drinker. She’s afraid he’ll hurt the children.

Is Dale right in how he perceives the world or is he truly losing his mind? This is a fascinating story. You’ll want to read it from start to finish to see what happens to him. 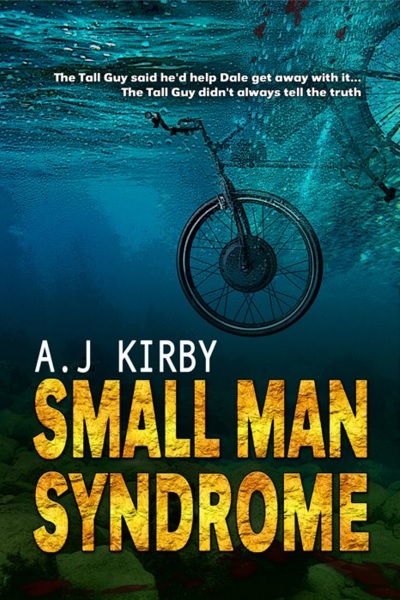