The subgenre of splatterpunk was not created in 1986. However, The Light at the End, by John Skipp and Craig Spector, defined and encapsulated the movement in a way no other horror novel could. It served as inspiration for writers, such as Brian Keene and Joss Whedon.

Skipp and Spector brought their novel precariously close to the edge, even daring to blur the line between terror and smut. Violence and sexual content in horror novels was not a new thing in 1986. The genre had been moving to incorporate more and more grisly subject matter as time wore on. By today’s hardcore horror standards, depictions of rape and gore in The Light at the End could even be considered fairly tame. Yet, it is a classic.

The Light at the End is at its heart a vampire story. In many ways, it could even be considered a twentieth century retelling of Bram Stoker’s Dracula. The story follows the transformation and ultimate destruction of the street punk night crawler, Rudy Pasko. Absent are the romantic ideals of vampirism. Rudy was a leach on society long before he became a vampire.  He is both victim and villain, lurking deep within New York City’s subway tunnels.

Destruction of the vampire, falls on a set Dungeons & Dragons playing bike messengers, Rudy’s only friend, and his scorned lover. The indomitable Joseph Hunter leads the group. He will do anything to defeat Pasko, which is good as victory will not be achieved without great sacrifice.

Pasko doesn’t just kill. He rapes and mutilates his victims, forcing many to join his growing army of undead. Regardless of Pasko’s notions of dominance and control, he is still nothing. Rudy is simply a puppet to be ass-raped (literally) and forgotten by a greater evil.

For all the nihilism on display, The Light at the End ultimately has an incredibly powerful and positive message. No matter how dark and dreadful things get, there is always a light at the end. Perseverance is the key to success. Good will triumph over evil.

Skipp and Spector write in a shocking almost over-the-top fashion which stuns most readers. Nothing is implied. Nothing is left to the reader’s imagination. It is all spelled out in graphic detail. The Light at the End is pure splatterpunk. It is the defining moment within a subgenre which would later evolve into the hardcore horror of today. If you haven’t read it, you need to. 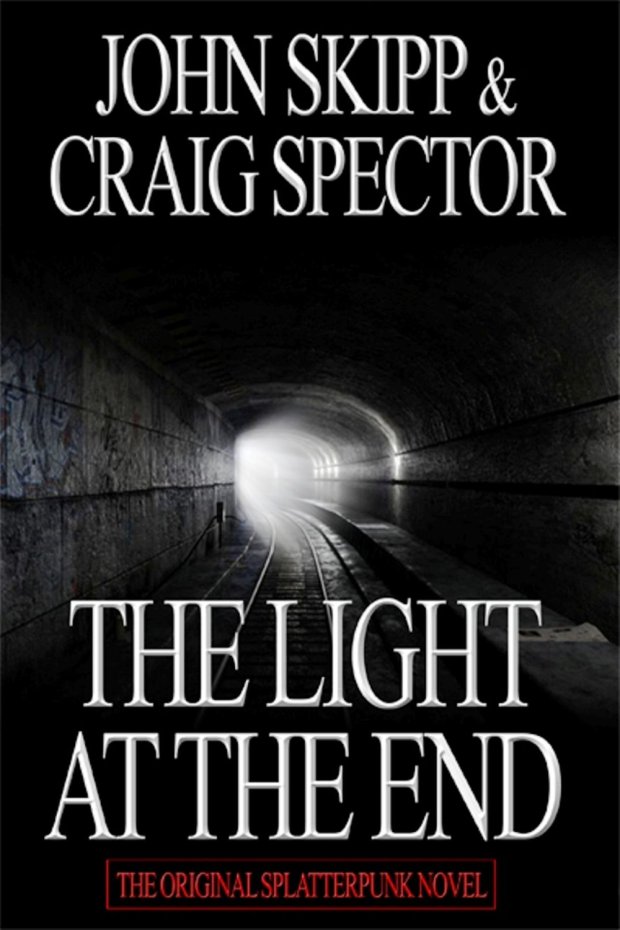