Let me just make it known that John Carpenter’s The Thing is one of my favorite films of all time. It is, in my humble opinion, as close to a perfect picture that you’ll ever see. When Lee McGeorge reached out to me to potentially cover his prequel novel, The Thing: Zero Day, I got a little giddy inside. I can’t lie about that.

It took me a few hours to plow through the novella, and that’s really my only complaint: the damn book is too short! I wanted another 100 pages of alien terror. I didn’t want the icy insanity to end.

When my only qualm with a piece of fiction is that it isn’t long enough, I know I’m dealing with something special.

Well, McGeorge’s story is similar in that the focus falls on the same Norwegian base camp, but the similarities don’t stretch too far beyond that. Sure, the crew remove an alien creature from the ice, eventually thawing the nasty critter out, and sure it escapes to imitate the members of the camp, essentially wiping everyone out. But Zero Day still manages to feel very fresh, and do some different things. Where  Heijningen’s film felt like a remake rather than a prequel, McGeorge’s story feels like a certified prequel.

The emphasis on paranoia isn’t as strong as one may expect, but the chaos in the tale is magnetic and McGeorge throws in plenty of plot points that play faithful to Carpenter’s film as well as John W. Campbell Jr.’s original tale, Who Goes There? (Read our review here)

Those are endearing tactics. Those are the tactics of a man happy to pay homage to a brilliant filmmaker and a brilliant story.

When it comes to fan fiction, it doesn’t get a whole lot better than this. Zero Day is a complete blast, loaded with menacing monsters, action and frenetic mayhem. While Lee won’t be making a dollar off of this particular project, he is going to find himself with a load of new fans who may not be familiar with his work.

If you’re a genre fanatic, you’re going to want to keep an eye on this guy.

If you’re looking for a quick, gratifying read, The Thing: Zero Day is a surefire hit. This one will take you back to the ’80s all the while maintaining a very fresh, contemporary vibe. Do the right thing, right now and download the book free of charge right here (where you can grab it in just about any format you desire)! 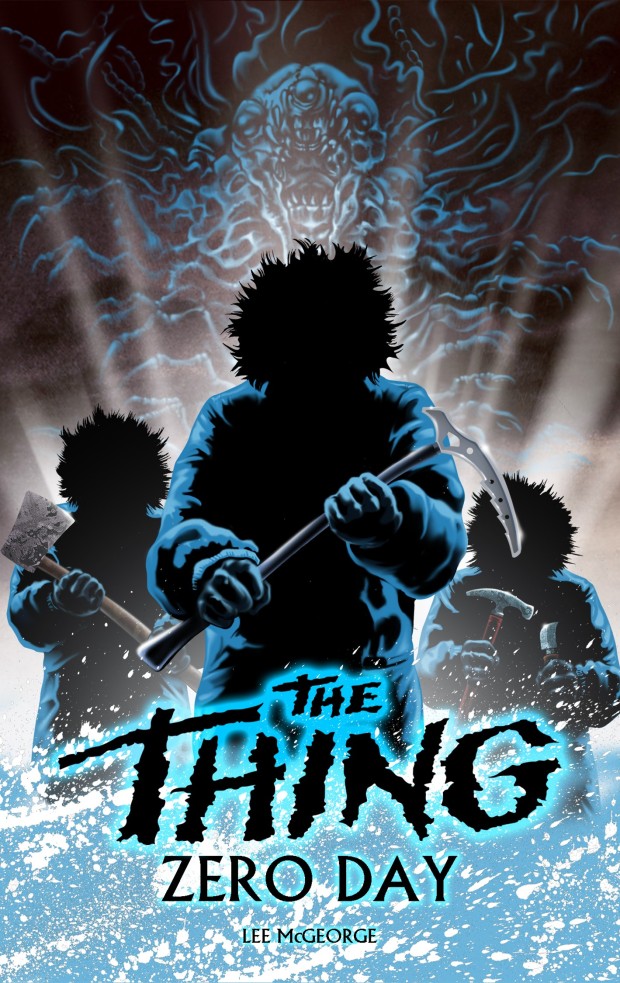