I find a lot of horror novels at thrift stores. Instead of letting them languish on the shelf, I’ve decided to start a little series called “Thrift Store Finds” to share these gems with you.

What the hell did I just read?

Salem’s Children by Mary Leader is a very confused book. In one sense it’s kinda about a town that has a history with witchcraft. In another it’s about a woman struggling to be accepted in a place filled with cruel and selfish people.

Submit “Mitti” Llewellyn has moved to Peacehaven with her two daughters after her rich Aunt Bo left Mitti her estate. Mitti lived in the area as a child, but she finds herself in less-than-favorable standing as the townsfolk aren’t too keen on those they consider outsiders.

I’d love to keep telling you the outline of the plot in a linear fashion, but this is when things get confusing. So stay with me.

While Mitti is trying to get to know her new town at a small party, her teenage daughter, Rowan,  is found in the woods behaving as if she is possessed. The party goers pitch in to help exorcise whatever is in Rowan and eventually the holy men of the group are able to get the job done.

And that’s basically the end of that plot line.

Except maybe not. Perhaps Leader just forgot to weave that bit of the story into the other larger through-line of reincarnation. Mitti believes in it from the start, but her conviction seems to be confirmed when she begins to have dreams/hallucinations/memories of another time as another woman named Mary Estey who was accused of witchcraft in Salem during the witch trials. At first Mitti just passes this off as waking dreams (which seems weird to me, but maybe they did things differently in the 70s), but after a while she begins to believe that these are memories she is having from a past life.

If that doesn’t seem far-fetched enough, her friend, Dr. Braun seems to agree with her. In fact, he’s been having dreams like that as well. Mitti doesn’t mention it, but it’s a good time to point out that in her dreams (incarnation memories?) the man Mary Estey’s in love with happens to look a lot like this guy Greg she’s been flirting with since she moved.

Dr. Braun says that it would make sense for them all to be reincarnated from people who had lived in the same town, because apparently that happens so the souls can continue to work out their karma throughout their lives. Sounds a little convenient to me, but what do I know?

As the story progresses, more and more townsfolk seem to have these moments of let’s call it “historical possession.” No one else seems to notice that it’s happening aside from Mitti, but it’s definitely increasing and changing the way the people behave toward each other.

Meanwhile, people in the town (Damon, specifically, but there are way too many characters to keep track of so who’s counting?) want Mitti to hand over the dangerous and potentially treasure-filled cave on her property for a development venture. This group of residents wants to put Peacehaven on the map and that will only happen if they have a reasonable tourist trade.

Mitti is against it because they want to exploit the Native American heritage of the area in the making of the tourist attraction. But Damon and his crew are like, “it’s chill, you’ll change your mind.”

There is also a coven that lives out in the rural part of town and doesn’t bother anybody, but everybody seems really concerned about them.

Oh also, there is a rival hot harlot chick in the town, Iris, who everyone loves and Mitti hates. It turns out that Iris let a guy drown when they were young (?????), which is why they’re not friends. Problem is Iris runs a store downtown where all the teenagers like to hang out–including Mitti’s Rowan. See, Rowan and Mitti haven’t been close since Mitti’s husband died…

Are you following all of this? Cause this is still just scratching the surface.

I’m going to stop here because I think I’ve illustrated the big issue with this novel:

There is no hierarchy of importance.

Salem’s Children moves from idea to idea, action to action without ever deciding what story it wants to tell. Is it the story of a town of reincarnate Salemites doomed to re-live their 16th century actions? Is this the story of a town uncovering the seedy underbelly of crime and corruption lurking in plain sight? Or is it a subtler story of history repeating itself despite our best efforts to learn from it?

That’s not to say I wasn’t entertained. I like the late-seventies horror vibe throughout. And although the story was all over the place, I generally enjoyed following it wherever it went. The descriptions of fall weather made me shiver with anticipation for changing leaves and crisp air.

What I liked about this novel is similar to what I like about a lot of forgotten 80s horror films. You go through hours of slightly confusing storyline, with little-to-no horror involved, just to make it to the last scene in which all hell breaks loose. Think Society or more recently House of the Devil. These stories are about extreme set up for a quick-and-dirty, last-minute pay off. Only problem is that so many of these stories miss the mark in the crucial final scene.

Salem’s Children pays off in so far that it delivers some witch hunt horror in its final act, but it will only work for those who can roll with the punches. The violence is unbelievably over-the-top and the tying up of loose ends is comically confusing at the same time that it’s way too convenient.

Even so, Salem’s Children is a fun slog through late-seventies ideas and sensibilities wrapped into the history of Salem.

Wanna give it a shot? You can. Buy it here. 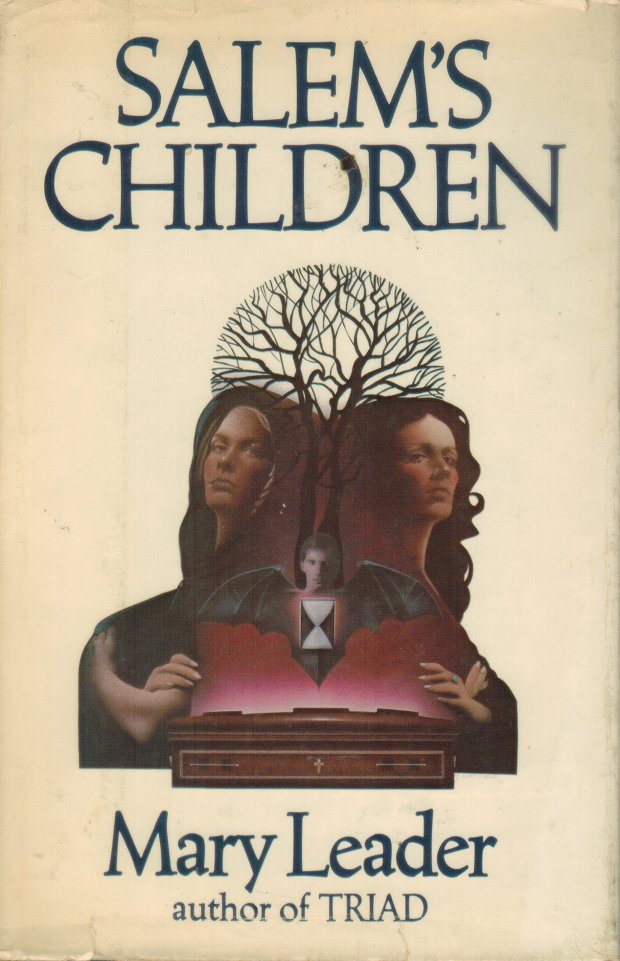