I don’t know this for certain, but I’m pretty sure Craig Steven and I are from the same part of the country. It was the second story in his collection The Sadness Will Never End that tipped me off to this key piece of information that no one else cares about. That story, titled “The Singer,” begins with a group of musicians loitering outside of a music venue before a gig. It starts normally enough, but then I hit upon the word that always stops me in my tracks: Cincinnati.

It’s a weird word. Probably everyone stops for a second when they see it, but especially me because it’s my hometown. Yup. I admit it. Born and raised Cincinnati native. Once I hit upon the word every story was filled with strong images of familiar places near and dear to my heart.

This is a long way of saying–Steven’s collection of stories kept me turning the pages in no small part because I was excited to see what area of my native region he would write about next. And he didn’t disappoint. He even mentioned small areas of Kentucky that I haven’t traveled through since I was a child.

Although only folks with a bit of bluegrass in their blood will get that unique thrill while reading this, no one will miss the comforting down-home, southern tone Steven brings to his work. Cling to that sense of comfort, because it’s the only soothing you’re going to get while reading this.

Steven’s collection of short stories explores two themes in great detail. The first is the helplessness of victim hood. Stories like “The Freakshow” highlight this theme with a protagonist that wanders into an unbelievable situation with involving a pile of bodies and a very creepy carnival worker.

The second theme woven through this collection is the path to the dark side–and what a quick path it so frequently seems to be! From well-intentioned neighbors with a unique strategy toward bullying to bar fly females looking for a different kind of good time, Sadness is filled with characters who either begin evil or were just one brief interaction away from fulfilling their most gruesome potential.

This theme gets to the heart of what I liked both the most and least with this collection. In nearly every story, the main character (I won’t call them protagonist as they would rarely be the correct word) makes an extreme choice–without warning–within a fairly normal situation. Why tell the police you don’t know how your father died when you could run away through the woods with a shotgun?

These extreme choices are exactly what fiction was made for. When I read a story–especially horror–I want to be pushed to the edges of reality. Don’t give me a tale where you tie a person up when you could chop their arms and legs off instead. Hit me with your best shot, and Steven is more than up to the challenge.

However, when you work in extremes in short-form fiction, you play with alienating-the-audience fire. A man dying due to satanic connections is completely believable within the narrative context, but his brother deciding to make the same choices directly after discovering his brother’s devilish ways is hard to believe. The ultimate goal with any story is to keep the reader’s head down and their hands turning pages. The moments when a character’s extreme choice isn’t easily justified are the the moments that will bring a reader’s head up.

There are a few moments in this collection that brought my head up–decisions I just couldn’t believe the characters would make (I’m back to the story about the bullies now), but ultimately I dove back in, ready to see what dark corner of Souththern Ohio/Northern Kentucky Steven would take me to next.

Sadness is not for the faint of heart, so strap on your safety gear and get ready for an extreme ride. 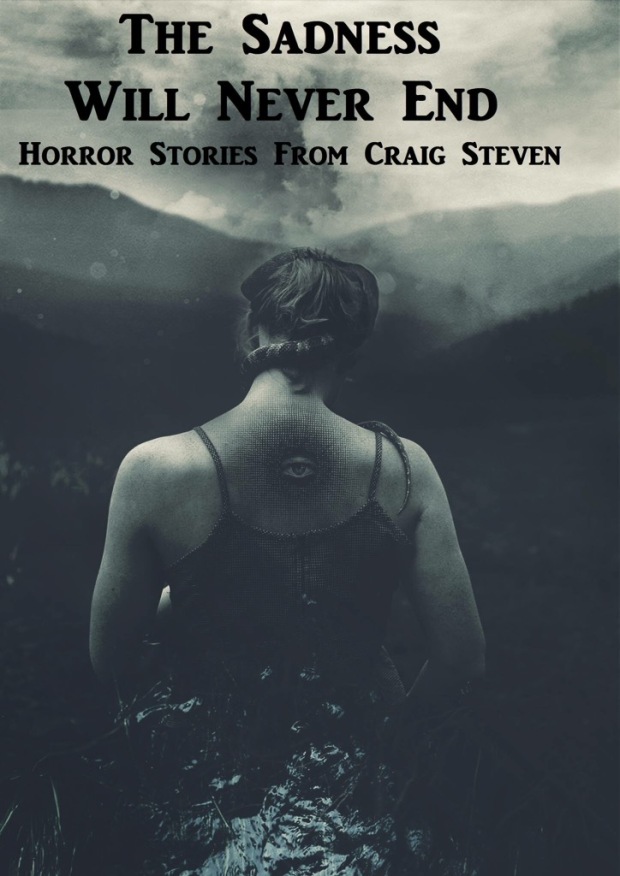