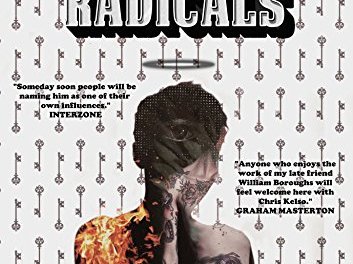 “Without humanity art, would not cease to exist but, without a captive audience, it would cease to have meaning or purpose…”

This was quite the unusual read, Chris Kelso has created a story that reads like an art-house film. Unger House Radicals is probably not a book for everyone, it deals with thoughts and ideas that may offend some. But, it is an interesting concept and a rather provocative story. Told through POV by different characters we find ourselves submerged in the events taking place around us. We also find letters and documents that tie together the story as it unfolds.

The story begins with Vincent Bittaker, a narcissistic self-serving young man who thinks of himself as the next step in the future of films. Ultra-Realism he calls it and all he needs is to find the perfect cast.  One evening when he happens upon one Brandon Swarthy, in the act of murder he knows he found his star.

The idea of a reality film intrigues Swarthy enough that he agrees to accompany Bittaker to the old abandoned family home to begin their task. Aah, but Unger house isn’t abandoned for no reason, they say evil lives there. The murderer of children, Otto Spengler, once used the home for his vile deeds and the house has absorbed the darkness of the man. Bittaker and Swarthy awaken what once laid dormant.

In the second part of the book, we meet another group of extremists, The Last True Hope. Utterly gobsmacked at how quickly Ultra-Realism is being embraced by the masses, they are determined to end the mania.  But, with twists and dark turns can anything turn away evil once it makes itself known?

Kelso has given us a challenging read that you are either going to love or hate, there is no middle ground. At times, it can be a bit confusing but as you continue reading you will find it all makes sense. Like a jigsaw puzzle, eventually, all the pieces fall together in just the right place. The inclusion of brilliantly done illustrations from Shane Swank is a bonus.

You can pick up your copy HERE! 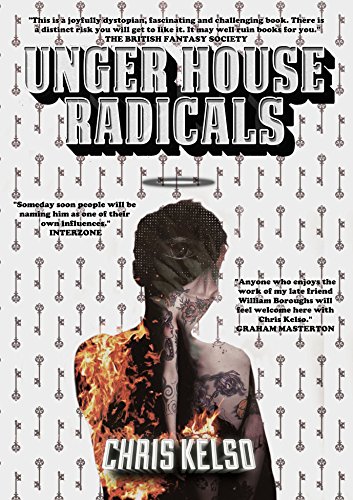