In the horror novella Set in the Woods, the story of a teenager eager to earn some much-needed cash by starring in a no-budget horror film, author Lacey Crowe depicts a series of harrowing encounters between a lone filmmaker and his fledgling subject. While the novella has some strengths—including crisp, lean writing and a disturbing premise that has promise—the characters are mere outlines and the plot is too threadbare to ever generate any meaningful tension, suspense, or horror.

Available as an e-book from TWB Press, Set in the Woods opens with down-on-his-luck Jordan, a young man with little education behind him and even fewer prospects ahead. His relationship with his family is strained, to say the least, and the job opportunities for a kid in his position are limited. So when Jordan spots an open audition for an experimental horror film entitled Set in the Woods, his desire to get some money in his wallet far outweighs his reservations about the strange, paltry script and the shady director, a disturbed man by the name of Lionel.

Crowe has an intriguing premise on her hands, but the sparse writing style (more fitting to a short story than a novella) never allows readers a thorough look into either character’s motivations, passions, or interests. A novella of missed opportunities, Set in the Woods has some frightening sequences—Lionel has an eerie fascination with dolls that Crowe portrays in haunting detail, and there’s a bathtub scene at the climax that will give readers the willies—but the plot never balances ambiguity with clarity, resulting in a read that is more frustrating than seductive. Unnatural dialogue prevents the story from really plumbing the depths of the budding relationship between Jordan and Lionel, while a few sub-plots fail to contribute to the narrative in a meaningful way.

On the plus side, Set in the Woods features a handful of killer twists at the end, one of which the author describes in ghastly, chilling detail. At times Crowe has the knack for imagery that will linger in the mind–the plastic “skin” of a doll, the bubbling of fresh blood, the decaying remains of a corpse. The novella presents a compelling question: who is more deranged—the troubled filmmaker or the actor willing to do anything to keep his job? By the end of Set in the Woods, the answer to that question might be just enough to make this work worth the read.

Lacey Crowe’s Set in the Woods can be purchased here. 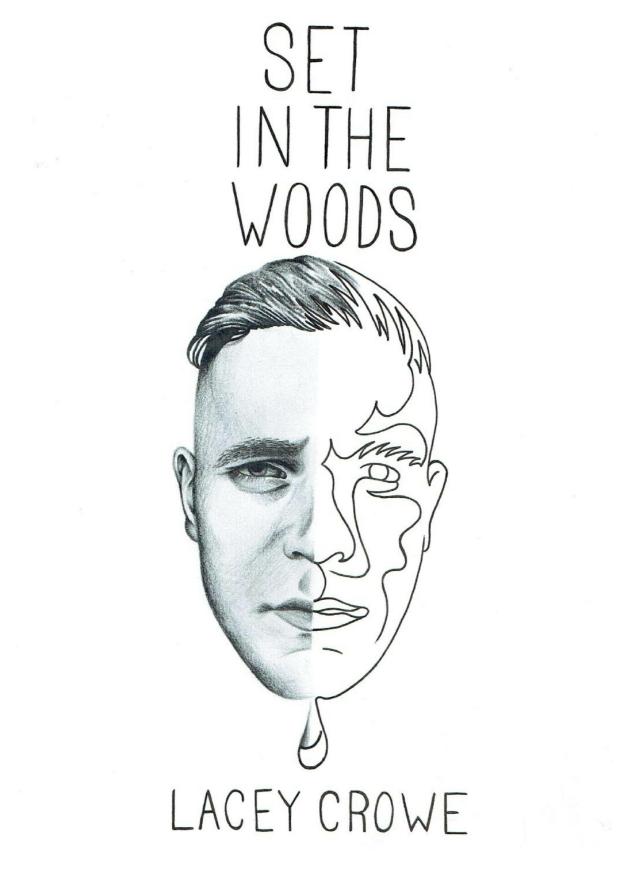