I’m not too familiar with Bracken MacLeod’s work, but I can tell you that his latest piece of fiction, Stranded is one of the best novels I’ve ever read. HNR has been up and running for years, so it’s safe to assume I’ve read a staggering amount of novels in my time (long before HNR existed). I know special when I read special, and Stranded is special, with very few modern works rivaling the brilliance of the novel.

It’s tough to jump into too many details without exposing a few looming surprises, but I’ll do my best to give you an idea of what you can expect from this contemporary masterpiece. Noah is a young, troubled but resilient gent who finds himself at sea, surrounded by ill men. But Noah, he isn’t ill, in fact, he shows no signs whatsoever of being affected by whatever it is sweeping through the vessel. But illness is only the beginning of the problem, as the captain – Noah’s disapproving father-in-law – not only loathes Noah, he also manages to get his boat stuck in ice. All communication is lost, the ice is merciless, and supplies are limited. The crew stands to die slowly, one by one, unless they can find a way to free themselves from the ice… or reach what looks like another vessel, far off in the freezing distance.

Let me just say that this story offers so, so much more than the truncated, spoiler free breakdown you just read. This is a shockingly complex story that channels legendary works like John Carpenter’s The Thing, all while venturing in a direction that 99 of 100 readers will never see coming. It’s one twist after another, one conflict building upon a separate conflict. Every bit of tension eventually compounding as a bloody crescendo reverberates through the reader’s mind. It’s an alarming piece of work, and a piece that will no doubt help define Bracken MacLeod’s position in the realm of genre writers. With one swift and intoxicating tale the man makes a major leap through the ranks.

Stranded is every bit as amazing as the greatest Stephen King story out there. It’s every bit as amazing as career defining works from some of today’s absolute greatest, like Jonathan Maberry, Joe Lansdale, Hunter Shea and more. But the craziest thought – to me, at least – is that MacLeod may have another dozen tour de forces on his hands. As it stands, even if the man never writes another novel in his life, he’s given us one of the absolute greatest to see release in the last century. 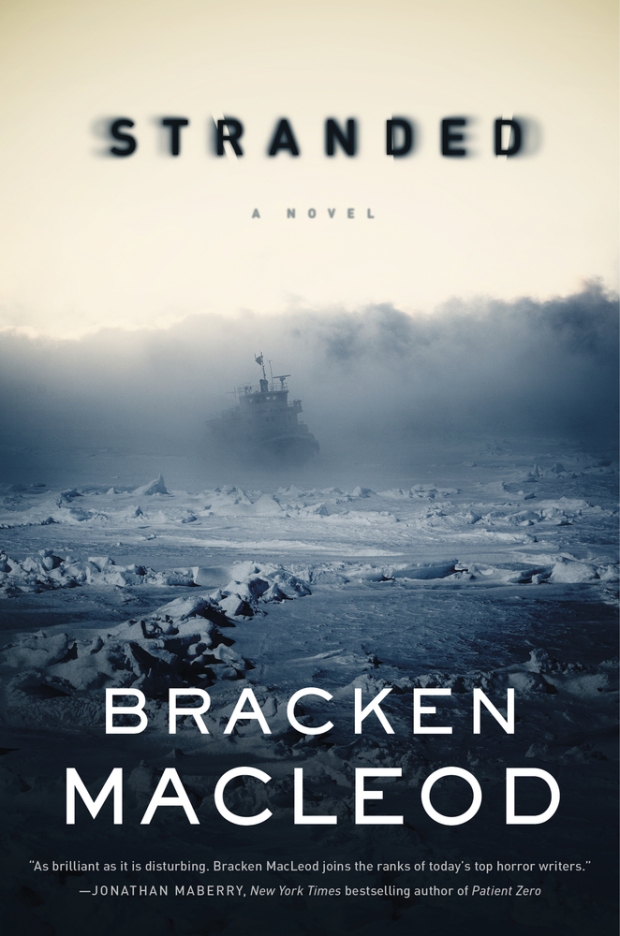