As Brady Hartsfield would say, “There are hits, then there are misses.” Stephen King has been known to write a clunker here and there (who can write over 50 novels, and not?). End of Watch, the third and last book in the Detective Bill Hodges series is a hit. It’s a great thriller in the genre King is best known for–pulling his readers into a world filled with tension while taking us on a journey of an other worldly experience.

King takes the idea of individuals being perpetually glued to the screen of their mobile devices to a new level, along with social media bullying that is lethal (though it has been for years). End of Watch is riddled with King’s social satire and obscure pop culture references reserved for his contemporaries, or masters in the skill of memorizing minutia as a Jeopardy contestant. This is not a put down. It’s what makes his work so good. He is able to tell a great story, and in this case, uses pharmacology, wireless wizardry, and a huge dollop of the will of a sociopath to take us on a plausible ride into merging of all this into a riveting story of murder, and the classic struggle of good versus evil.

In every great story there is the protagonist hero, Detective Bill “Kermit” Hodges (think Joseph Campbell’s, Hero with a Thousand Faces) and the antagonist wacko, Brady Hartsfield. King has taken us on the journey with these two characters (and an excellent supporting cast–yes, this will be a film) over the course of three books. Mr. Mercedes, Finders Keepers and this one, End of Watch.

The novel is a classic page turner in the style King has honed to an art form: chapters in segments clearly defined and separated by sub sections that are numbered. If you want to take five, there are clearly marked places to do so. That’s the style part. The substance is a joyride as the omniscient narrator guides us through the story of an angry psychopath reduced to a “gork” (No spoilers) and his obsession to kill people. Detective Bill Hodges has his own problems, but his focus is squarely on Brady. Hodges and his team of friends and colleagues, must stop Brady Hartsfield from fulfilling his murderous dream. I may be projecting here, but it’s not a stretch that Brady Hartsfield is a metaphor for the fear that is coursing through the veins of the world right now–a unseen virus of terror that can unleash its destruction on those just living their lives. Anytime. Anywhere.

End of Watch is an excellent end to this three-book continuing story. King leave us with a conclusion that is more realistic in terms of what can be considered victory, and the poignancy of what we all must face as we live our lives with friends and family. Stephen King’s special gift to his readers is that he weaves us in and out of his fictional reality with the skill of a therapist, and the slight of hand of a magician. 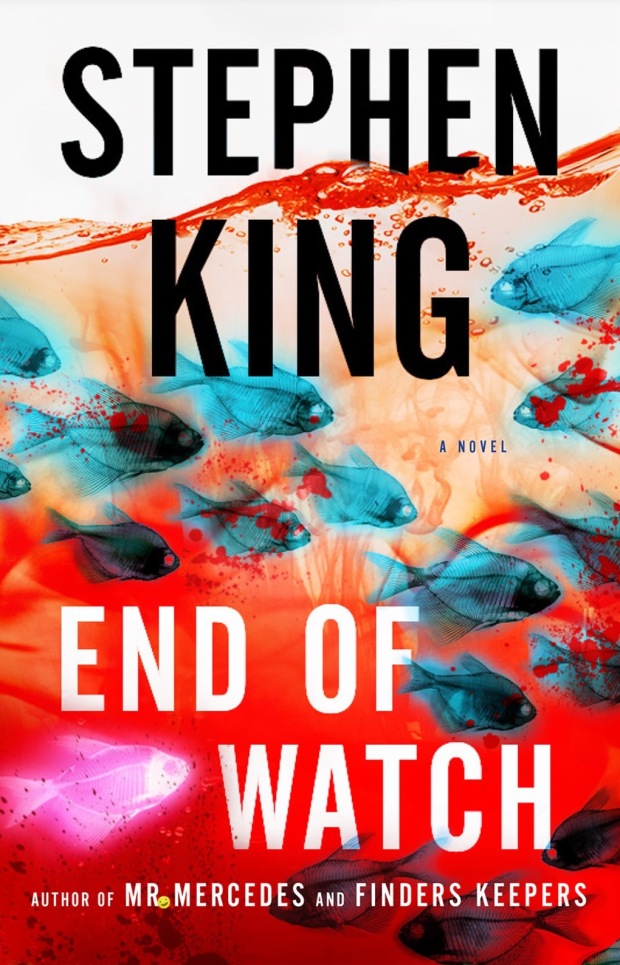