Joe Hill’s The Fireman is an exciting, epic, and lengthy adventure into a world battling a global epidemic. A new type of infection, called Dragonscale, threatens to wipe out humanity through spontaneous combustion. People are exploding by the thousands, quarantine areas are more common than neighborhoods, and no one understands what makes this illness contagious.

The healthy are so frightened of the sick that groups called “cremation crews” have started springing up to perform executions. The sick–who already have enough problems on their hands–are forced into hiding.

The main protagonist, Harper, is a young, pregnant nurse with a love for Julie Andrews. The reader follows her journey as she goes from caring for the sick to being one of them. When her husband tries to make good on the suicide pact they had agreed on, she flees into the forest. There she is guided by a mysterious fireman to the safety of a secret camp. The infected hiding at the camp seem to have found a way to live without fear of a fiery death. That’s where the real trouble begins.

It turns out that the lethal qualities of Dragonscale can be subdued through group harmony. Instead of burning alive, these camp members shine, something they call “going into the Bright.” This shining first takes shape as a daily group sing-a-long, but it’s not long before other hive-minded activities begin working on the ‘scale.

After leaving the Bright, the participants are so drunk on togetherness they can’t remember their own names.So it comes as no surprise when a cult-like worship of the Bright springs up throughout the camp. But the underbelly of this blissful togetherness is a growing suspicion of anyone who doesn’t fully align with the camp’s belief system.

What begins as a commitment to togetherness morphs into something akin to a prison camp. The few in charge make decisions for all the rest. Group harmony is the goal, no matter what the cost. And the needs of the many outweigh the needs of the few, even if the few happen to be a young, pregnant nurse.

Hill has grown into his voice with excellent craftsmanship and boundless imagination. Dialogue and action do the heavy lifting, leaving the reader the space to fill in the rest. It never needs to be expressed that Harper’s husband, Jakob, is going to be a problem. All the reader needs is to listen along with Harper as he laughs loudly on the phone about the deaths of infected people.

This book, like Hill’s previous novel, NOS4A2, is a triumph of story and tone, mixing stark reality with a delicate wonder reminiscent of Shirley Jackson. Only Hill can take the reader from awestruck horror as he describes an unstoppable fire tearing through a packed hospital, to tenderness as a mother prepares for the birth of her child. Then, just when things begin to hit a groove, Hill drops into witty, true-to-life dialogue complete with sex jokes and references to male genitalia. This blending of tones is a winning combination. The constantly shifting scope and style keep the scenes fresh so that the reader is always sensitive to the emotional lives of the characters.

And yet, the novel does not live up to its predecessor in all aspects. The story is filled with tense interactions and devastating imagery, but it drags in places as Harper is, yet again, thrown into a series of obstacles she is certain to overcome. Although the character’s motivations are believable, they are at times maddeningly shortsighted. A decision made in the third act is so obviously life-threatening it’s baffling that it wasn’t cut in an earlier draft.

These nonsensical complications aren’t thrilling, they’re exhausting. They’re a blaring red flag that something bad is going to happen soon. As a reader, I want to believe, right along with the characters, that everything is going to work out fine–until it doesn’t. These illogical decisions don’t create tension, they deflate it, and at over 700 pages long that’s not a good thing.

Even so, this is a book I wouldn’t hesitate to recommend. Hill knows how to write real people, pack a terrifying punch, and still leave the reader satisfied by the end. With such a winning combo, this book is guaranteed to stay in your hands until the last word.

At its core, The Fireman is a story about infection of both the body and the mind and the sometimes terrible lengths we will go to in the pursuit of harmony. It shows us a world where different opinions are dangerous, facts are irrelevant, and social acceptance is survival. And, in our current time, there is certainly room for more stories of this nature. 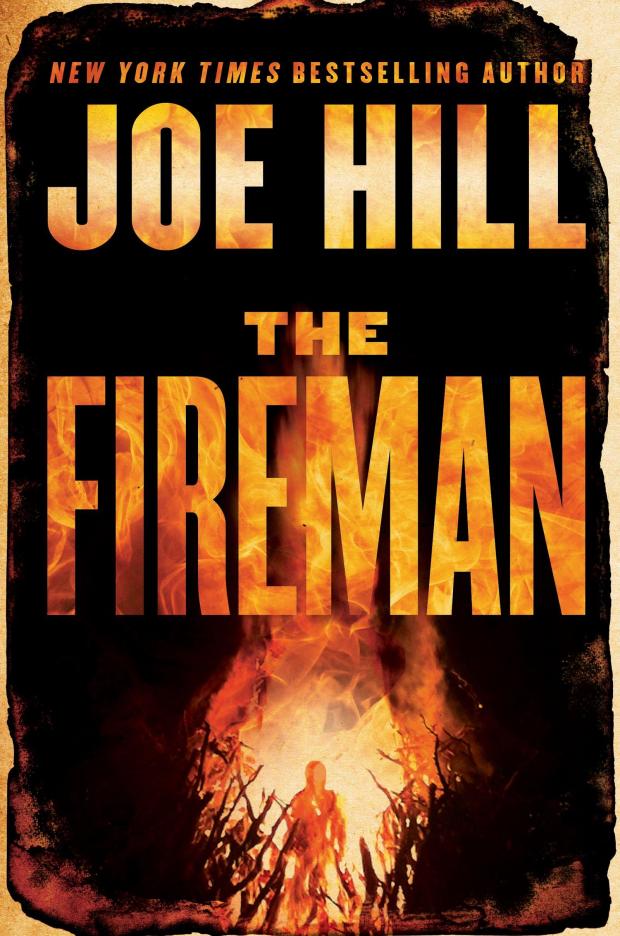