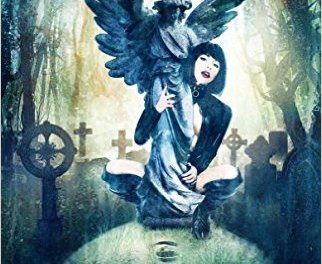 Whaaa?? What’s this you say, another review of a Jasper Bark book? YES! It is! It’s not my fault that Crystal Lake Publishing stands over him with a whip in hand, making Jasper churn out one after another book. But… Hey, at least they are good books!

I have to say I was a bit perplexed when I first began reading Run to Ground, there right in front of me was a familiar name, Jim Mcleod (and actually a few other well-known names are included). Now, what’s he doing in this book, well, let me tell you…

Jim is such a dodgy character, he ran off and left his pregnant girlfriend Fiona behind and decided to hide out in a graveyard. Hmm… well actually he’s working there, cash only so he can’t be traced. Jim has picked up a nasty habit, thanks to Fiona and her love of “doing it” in a cemetery. But, Jim no longer needs anyone to get off with, just a cold headstone.

So, what does any this have to do with the story and horror? Well, this graveyard is atop of a series of ancient tunnels where the grave eggs of the Byrgen await fertilization. Little did Jim realize his late night penetrations with the grave sites was allowing his seed to awaken the eggs. What the hell has he done??

This story starts out in the present day with flashbacks to what leads up to the horrendous goings-on of the present day. Glorious horrific fun with some quite shockingly graphic scenes, Jasper really knows how to tell a story.

But, wait! That’s not all! There is a second story included in this book. How the Dark Bleeds takes on a more somber tone. Here we meet Stephanie a young woman who really doesn’t know who she is, only that she needs to find a release. This story was first published in Stuck on You and Other Prime Cuts and is quite the dark and thoughtful tale.

Both of these stories delve into ancient myths. So… don’t pass this one up, I think you’re going to like it! You can pick up your copy HERE!