While not a traditional horror novel, Fiona Barton’s debut, The Widow, will appeal to those who prefer fast-paced, psychological thrillers with intensely dark and disturbing themes. Told from the view of several different characters–including a dogged reporter, a dedicated police detective, a potential murderer, and “the widow” of the title–the novel exposes the seedy and illegal underbelly of the internet and the ways in which murderers and pedophiles use it to hunt their youthful prey.

The primary protagonist of the novel is Jean Taylor, a polite and well-mannered woman in her thirties whose one great misery is that she and her husband, Glen, cannot have children. It is this single conflict that propels the book’s mystery. Someone has abducted a local child, Bella Elliot, and now the girl has gone missing. Detective Inspector Bob Sparkes remains committed to finding Bella and solving the crime, while reporter Kate Waters hopes that her in-depth interview with Jean will reveal the vile truth. As the story unravels various threads, husband Glen emerges as one of the most depraved individuals of the book (and there are many), hiding his sordid behavior and perverse fantasies behind a mask of almost robotic normalcy. However, given the novel’s title and the cover’s forest imagery, readers are not surprised to discover that the seemingly innocent Jean Taylor will also play a critical role when Barton delivers several key reveals in the final chapters.

Though I enjoy slasher and supernatural stories as much as anyone else, I experience even greater dread in the terrors of the real world. Fiona Barton’s “The Widow” does not feature ghosts, vampires, or exorcisms, but the novel will elicit a visceral response to anyone willing to brave its unsavory contents. Fortunately, Barton is too smart of a writer to delve explicitly into the novel’s subject matter (child pornography, child abduction, illicit internet chat rooms, and so on), which makes “The Widow” a mature and suspenseful read without being exploitative. One lengthy segment in which police attempt to use the internet to catch their primary suspect in admitting his guilt was drawn out effectively, heightening the tension while underscoring the dramatics of police work. Though some of the discoveries at the end of the novel were easily predicted within the first several chapters, the author’s vivid details had me turning those final pages with urgency. The last line of the book, in particular, suggests that we are never far from darkness and psychological distress, no matter how safe we might feel within the comfort of our own homes and neighborhoods.

Barton’s style is straightforward and crisp, which will enable readers to wrap up “The Widow” in just a few days. The shifting points of view require some extra attention, but this narrative technique added an additional layer of suspense to an already gripping mystery. 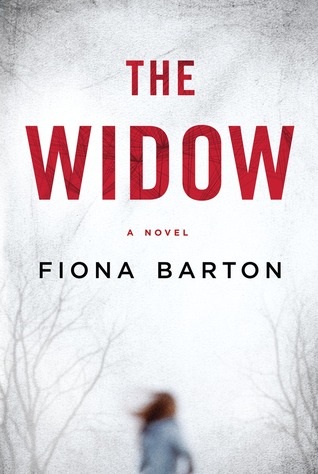 About the author: Josh Hancock is the author of two epistolary horror novels, The Girls of October (2015) and The Devil and My Daughter (2016), both published by Burning Bulb Press.