There’s an interesting point early in this slick trade paperback when a reference to the Groovy Ghoulies is made in a sarcastic manner. The funny thing is, I actually get a big kick out of the Groovy Ghoulies, and while it is admittedly a bit… far out, it was a blast of a show that often featured some dangerously infectious jingles.

Does that mean the myriad of monsters present in Legion of Monsters come across as caricatures? I wouldn’t say that, although the book – in regards to content – is no doubt tame when compared to other contemporary genre works.

The story flips a few clichés upside down and runs, as Elsa Bloodstone finds herself in pursuit of a serial killer she’s struggling to identify. The twist? It isn’t any of the usual suspects. It’s something far more terrifying.

I’m a hardcore fan of any book that works to pay any degree of homage to classic Universal monsters. With players like Morbius (The Living Vampire), Werewolf (By Night), (The Living) Mummy and Manphibian, you know this one most certainly honors classic influences. Don’t expect a multitude of inside references, but don’t be shocked if you do spot a few hat tips. The story is handled impressively as author Dennis Hopeless keeps us invested in the characters and the conflicts, but it’s Juan Doe and his smooth hand that steals the show. Doe is perfectly suited for this particular gig, and someone at Marvel clearly knew it.

The only aspect of this book that left me feeling a little underwhelmed was the coloring work. It’s not that there are any detectable errors, it’s just that the book feels far too bright. It doesn’t match the mood of the narrative. Wil Quintana knows what he’s doing, and I believe this was a book best left in black and white. If someone at Marvel was dead set on coloring, I would have recommended sticking with earth tones, or maybe even going the Frank Miller route and bring the red and yellows, and nothing else, to the project. That too could have been awesome. The one thing I don’t want, is to see purples and near-neon colors, as we occasionally do here.

While not flawless, I did enjoy this one. I didn’t read the series when Marvel released in a four-issue arc, but I knew I was game the moment I caught wind of this trade. It’s a fun piece, and it’s likely to appeal to a relatively wide audience. My greatest recommendation is this: Don’t just pick the book up, subscribe to Marvel.com and get digital access to more than 17,000 titles. It’s a worthwhile investment. 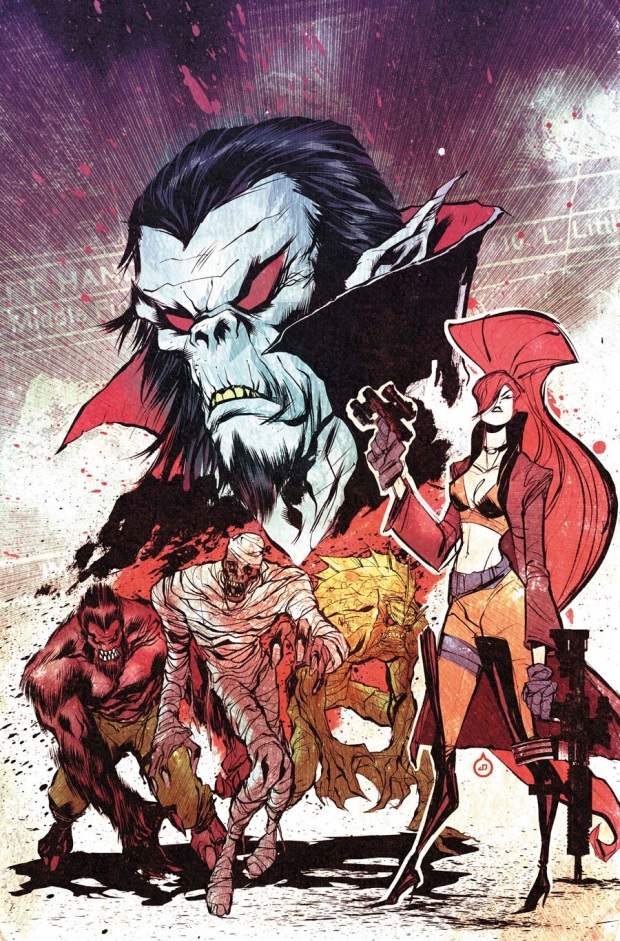