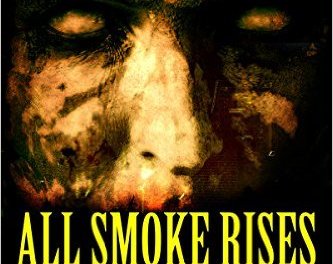 “Definition of Milk-Blood: The act of extracting heroin-laden blood for reinjection at a later time. It usually is one’s own blood, but could be the blood of someone who has just overdosed.”

Whoa!! Talk about a powerful read, Mark Matthews has given us a horror story steeped in reality. We all have heard the horrors of addiction and perhaps some of us have even dealt with such a curse, but to have it thrown in our face so brutally such as Mark has done is really terrifying. Mark knows of what he writes about, he has worked in the mental health and substance abuse field for over 20 years and so he is able to relay emotions so heart wrenchingly real.

I can’t write of one book without talking about the other, so I am telling you about both of them in this review.

In Milk Blood, we are introduced to Lily, a child already doomed at her conception. She is a product of rape, born to a drug-addicted mother. After her mother is murdered, the mother’s boyfriend tries to raise her as his own. He too has his own demons to fight and try as he might, he can’t give Lily what she needs. At age 10, it’s Uncle Nelson who gives her that first taste of what will make things alright, heroin.

Oh yeah, this is the feeling she’s been missing all her short life. Nothing else matters. As she gets drawn further into this dark place she begins to form a strange bond with the homeless man that squats in the burnt out building across the street. He has secrets, he knows what the dead are saying, he knows how to feed that craving.

The author leaves notes for us scattered throughout the book to give us a better picture of the mindset of which he writes. He could have ended the story with this book, but states he felt there was more to offer and so that brings us to the next story….

All Smoke Rises: Milk Blood Redux delves more into the life of Jervis, the homeless man from book one. We are drawn down deeper into his madness and begin to feel dirty ourselves. It’s a harrowing journey that offers no redemption. We also meet Crystal, she once lived in the burnt out house that Jarvis now calls home. Her dead son Oscar can be found there with all the other poor souls that once called Brentwood Street home. Like any addiction, once you have a taste it’s hard to leave it all behind.

Milk Blood is being adapted for a full-length feature film. It’s one I know I’ll see! These stories will stay with you for a long time, and although you could very well read one without the other, I wouldn’t recommend it. To grasp the full impact of what is read, you need to hear the whole story. Before these books were written Mark wrote the short story, The Damage Done, it is here where a “Tale of Urban Horror” truly begins. You can find it on Amazon.