Whoa! Glenn Rolfe is on a roll! Following the success of his last book, Blood and Rain, he has another gripping story to tell, Things We Fear.

Everyone has something to fear, sometimes that fear can be oh so real. For Aaron Jackson, it starts with a near-death experience as a child. He has never been able to shake that dread of nearly drowning, although it wasn’t so much the thought of drowning he fears but what he thought caused it. Fast forward to Aaron as an adult, now an Ed tech at an elementary school his nights are still filled with visions from his past.

Emily Young, a teacher at the same school has finally decided to give the dating scene another try. Aaron invites her to visit him at his summer rental on the beach now that school is out. Aaron has been trying to face his fear of the water by staying near, but never going in. Meanwhile, Matt Holmes, another co-worker has Emily in his sights as his latest conquest. Matt’s a man that won’t take no for an answer, he’s used to taking what he wants and he’ll kill to get his way.

When Emily rebuffs Matt’s advances he begins stalking her, leading him to discover Aaron’s fears and acting upon them. Things begin to heat up rather quickly here as the things we fear become all too true. Culminating to an intense faceoff, we are drawn into to this final nail-biting battle not knowing how it’s going to end.

This story has all the makings of a good horror flick. We have a plot within a plot that intersects at just the right moment. The chills are there, the characters are identifiable and the intensity of their actions all make for an entertaining time. All in all, well worth the price of admission!

The release date is set for March 8, but you can pre-order your copy today, here! 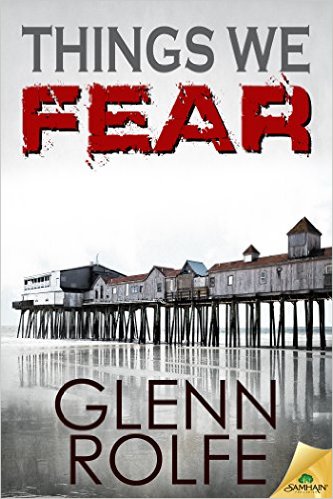