If you’re a fan of the legendary H.G. Wells tale, The Island of Dr. Moreau, you’re going to absolutely worship The Army of Dr. Moreau. This is one of IDW’s standout 2015 releases, and it deserves a wealth of praise that – in part – seems to have evaded the story. That’s criminal; this is amazing work.

The story actually features a fictionalized Wells, who immediately lets readers know that his book wasn’t rooted in pure fiction. Quite the contrary, The Island of Dr. Moreau is actually something of a glamorized true story. But here’s the real kicker: Hitler has been made aware of the validity of Moreau’s creations, and he’s sent a myriad of Nazi’s to the mysterious island to round up the surviving creatures, train them to be murderous machines fit for war. There’s also fresh work happening on the island. It’s up to a small group of English and American soldiers to prevent the Nazi brigade from further strengthening their forces.

David F. Walker does a bang up job with this story, and he creates a connective piece to the classic novel that’s entertaining, logical and wicked clever. Crafting a simple sequel to Wells’ story wouldn’t require a wealth of inventiveness, but to create what truly does feel like an entirely original story while remaining faithful to the parameters of Wells’ amazing story is just amazing. This couldn’t have gone any better, and Walker earns himself a hat tip, 1,000 times over.

Carl Sciacchitano’s artwork is clean, and just a tad reminiscent of some of Randy Valiente’s work. He brings a reflection of a period piece to life, the attire looking accurate and the anatomical look of the human characters appropriately “average” (there aren’t a bunch of characters who look like they live in a gym and pump their bodies full of steroids). It’s a well thought out approach that pays major dividends and effectively enhances Walker’s narrative.

IDW has long been one of my favorite publishers in the game. While they were soundly outclassed by Dark Horse last year (in regards to pure horror), they’re still delivering terrific work. IDW may not have dominated this corner of the market decisively in 2015, but their presence was acknowledged and thoroughly respected. Works like The Army of Dr. Moreau are a big part of the reason these guys remain perched near the very top of the heap. 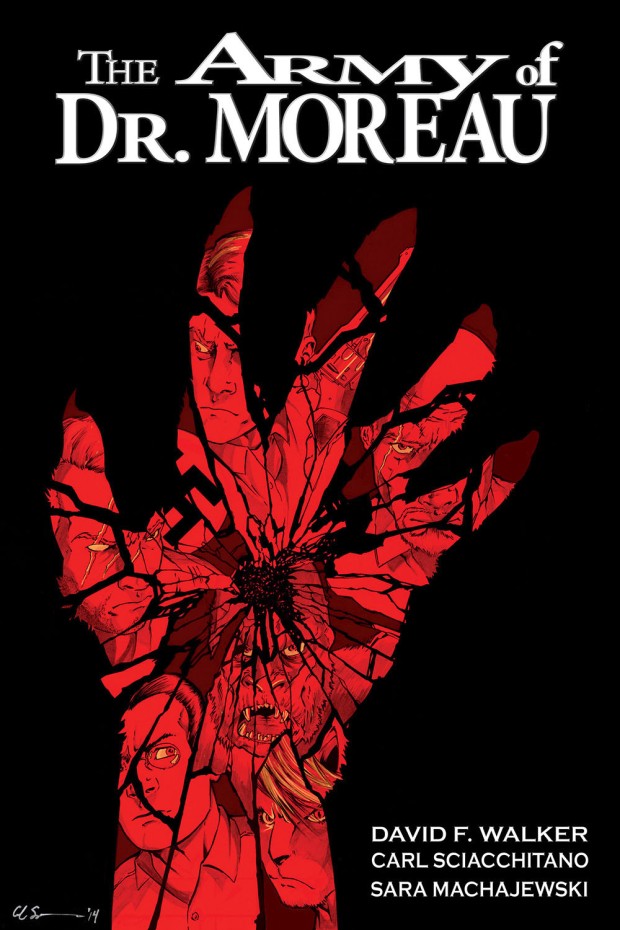