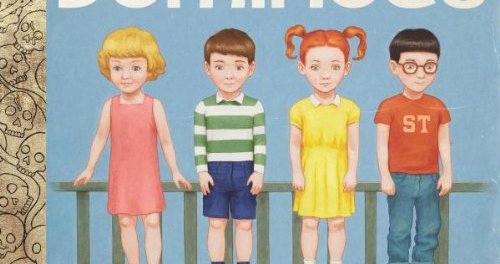 I got to know John because we both placed in a writing contest. He took first place and I took third. Initially I was upset about my placing. That was until I read John’s entry. It was good. Really good. And it deserved a win. I congratulated him and a friendship happened. As a result, I’ve been able to read a few pieces of Mr. Boden’s that are not yet released. All of them some of the best stuff I’ve read in years.

Then I read Dominoes.

By day, John is a baker. And this angers me a bit because his day job no doubt takes away from time that could otherwise be spent writing more. Boden’s work is far above average and seriously needs to be seen. It is heartfelt, well constructed, touching, and disturbing. Dominoes, however, isn’t exactly something that can be categorized. It is uniquely packaged, skillfully written and is an uncomfortable—yet satisfactory—read. If you look at the reviews he has gotten on Amazon for this little book, you’ll see I don’t stand alone in recognizing the genius behind it or in lacking the words to call it what it is. You need to know it’s not your average story by any means, and for some it may just go completely over their heads. But even if it does, you’ll find yourself appreciating the nightmarish, otherworldly prose; words that seem crafted from an LSD-laced misery.
Dominoes is a compilation of small entries centered around, what I believe is, the end of the world and tragedies happening in succession. The book is cleverly disguised as the classic “Little Golden Books” children’s books, but you hand this to your kid to chew on and you’ll find CPS at your doorstep quick like. This is not a children’s book. This is for stable adults only; and for those who appreciate brilliantly imagined metaphors and illustrations. To me Dominoes is very poetic in nature, as some of it is indeed going to go over your head, but it won’t matter because the dark romanticism of it all is so well crafted. It’ll make you wish you could write like this, but at the same time glad you don’t because this prose is likely being pulled from some very dark places.

As a whole package, Dominoes is extremely impressive, particularly for an indie release. The illustrations compliment each page perfectly, adding to the demented musings of each entry. And after you read this very short book for the first time, you’ll no doubt be closing the pages, staring at the cover, and thinking: “…the heck did I just read?” and maybe spend a few moments trying to understand why you like it.

I haven’t read anything by Boden that I haven’t loved, and if the baking-by-day career allows, you can expect to see his name around a lot in the future. Mark my words. 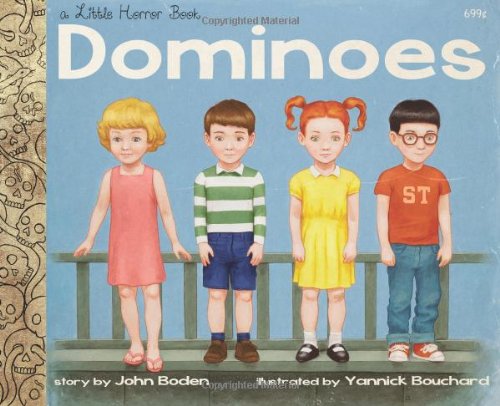 Chad lives in Battle Creek, MI. with his wife, children. For over two decades, he has been a contributor to several different outlets in the independent music and film scene, offering articles, reviews, and artwork. He has written for Famous Monsters of Filmland, Rue Morgue, Cemetery Dance, and Scream magazine. His fiction can be found in a few dozen magazines and anthologies including his own 18-story collection NIGHT AS A CATALYST. Lutzke is known for his heartfelt dark fiction and deep character portrayals. In the summer of 2016 he released his dark coming-of-age novella OF FOSTER HOMES AND FLIES which has been praised by authors Jack Ketchum, James Newman, John Boden, and many others. Later in 2016 Lutzke released his contribution to bestselling author J. Thorn's AMERICAN DEMON HUNTERS series, and 2017 saw the release of his novella WALLFLOWER. His latest, STIRRING THE SHEETS, was published by Bloodshot Books in spring 2018.