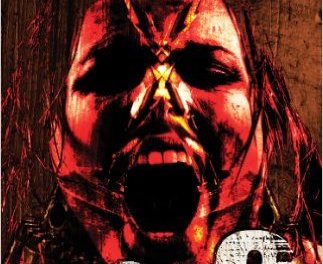 Header 2, by Edward Lee, is a full length novel that serves as a sequel/off-shoot to two infamous novellas: Header and The Pig. These novellas, initially published in the 1990s, served to help define the splatterpunk movement and are considered classics among the hardcore horror subgenre.

Header focused on the Tuckton Clan of rednecks and the Russell County Head-Humping Murders. The Tucktons had an unusual means of revenge, known as a header. To perform this act, the Tuckton’s drilled a hole into the victim’s skull and then inserted their penis into the opening for the purpose of having sexual intercourse with the victim’s cerebral tissue. Unsurprisingly, this resulted in the victim’s death. The body was then discarded in a field or along a mountain road where it would be found to serve as a dire warning to the rest of the victim’s family.

The Pig examined the Vinchetti Crime Family and their propensity for creating snuff and bestiality films. The stars of these films were often members of rival crime families and law enforcement. No sexual act was too taboo, no torture was too vile, and there was this strange incident involving a pig. Afterward, copies of the videos were mailed to the victim’s family to serve a reminder of what happens when one crosses the Italian Mafia.

In Header 2, the two parties square off in the ultimate battle of revenge when Paul Vinchetti marries into the wrong family of hillbillies. Things get out of hand quickly as both the Tuckton Clan and Vinchetti Crime Family try to one-up each other’s atrocities. Headers, suffocations by way of an obese woman’s vaginal cavity, and humping of long dead loved ones are just the beginning.

It is also a Christmas story. The spirit of the holidays hangs in the air. “It is better to forgive and forget, rather than remember and regret.” Perhaps everything will work out okay at least for those that survive the bloodbath.

Header 2 is Edward Lee’s blackest of black comedies to date. Much of the violence and sexual perversity is directed at children, the elderly and innocent animals. This novel is not for the faint of heart. Lee is going out of his way to recall two of his darkest novellas and then writes about the atrocities as if it was all one big joke. Most shocking of all is the ending. How could such a book have a happy ending?

For fans of hardcore horror, Header 2 is a must read. It is so absurd and so vile as to become a modern classic in the subgenre. For everyone else, it is something to be avoided like the plague. 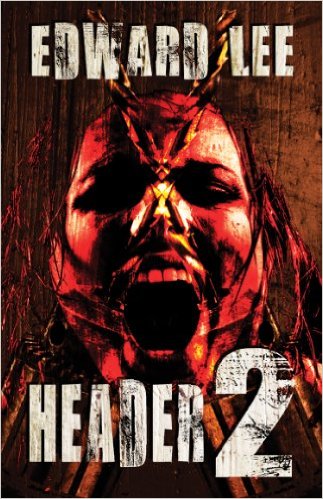