Teratology is the study of the abnormalities of physiological development, i.e. birth defects and other malformations which develop with age as result of disease or exposure to toxic substances. For example, neurofibromatosis was the affliction which caused deformities in Joseph Merrick, aka the Elephant Man.

Teratologist, by Edward Lee and Wrath James White, examines the weird machinations of billionaire John Farringworth. Farringworth is not a teratologist per se, but sort of a collector. He spends his money collecting those suffering from rare physiological abnormalities. Farringworth houses these unfortunates in his state of the art mansion where he records them having sex with priests and nuns.

The goal of these sessions is to upset the equilibrium between good and evil. He believes that if he accomplishes this task, God will have no choice but to reveal himself to Farringworth. The billionaire has even captured a journalist and photographer to document his success. However, these men want no part of the madness and mayhem ensues.

Teratologist is so ridiculous as to be laughable. The plot is both poorly developed and delivered. Typos abound and the ending is nothing short of predictable. Moreover, if viewed with even an ounce of credibility, the premise sexualizes and victimizes people living with disabilities.

Yet, none of this matters. The descriptions of intercourse between the deformed beings and religious pariahs are both blasphemous and nauseating. The book was written to shock and offend on par with some of Lee’s most notorious novels. It succeeds. With Teratologist, Edward Lee and Wrath James White set the bar even higher for vomit-inducing debauchery. 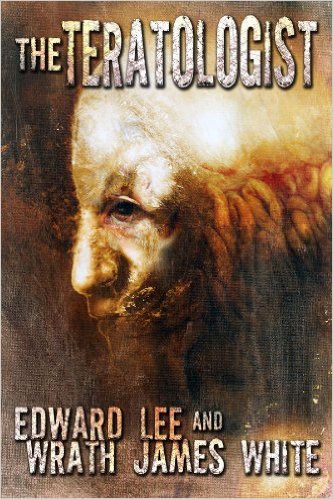