Beautifully dark, compelling and complex, Alabaster: The Good, the Bad and the Bird captivates from page one. The story, as a whole, is still a great mystery to us, as issue number one really serves as an introductory piece, allowing the reader the chance to get to know some of the story’s focal players. While it may work as something of a warm up exclusively, it’s a magnetic book that’s going to have fans of the macabre really, really anxious to see where the story goes.

Combining biblical quotes and poetic prose, author Caitlin R. Kiernan gets us off and running, offering a look at a dark, troubled spirit, a set of psycho twins and a mysterious bird, whose role in the story could prove to be more than symbolic, it could be absolutely pivotal. But Kiernan isn’t steering this vessel alone, her brilliant direction gets some strong support from artist Daniel Warren Johnson, who’s got a grimy style that calls to mind Steve Dillon’s Preacher work. The pencils move a little smoother for Johnson, but there are definitely some visual similarities on display.

It must be said that Kiernan and Johnson work well together, each of their execution complimenting the other’s. It should also be noted that there’s a certain degree of ambiguity in the first issue of the book, which could potentially turn a few readers away. If there isn’t a clear story course outlined in issue one, sometimes readers bail before allowing the story to grow and develop. Jumping ship on Alabaster this early will be a serious mistake.

What will become of the crazed sisters with big guns? What will become of the tormented soul trapped in a Hell we’re not accustomed to seeing? How will these two elements merge to create a cohesive plot, and what rewards will that encounter birth? Big questions that I’m anxious to see answered. Read this book, it’s a creepy piece with a ton of potential. 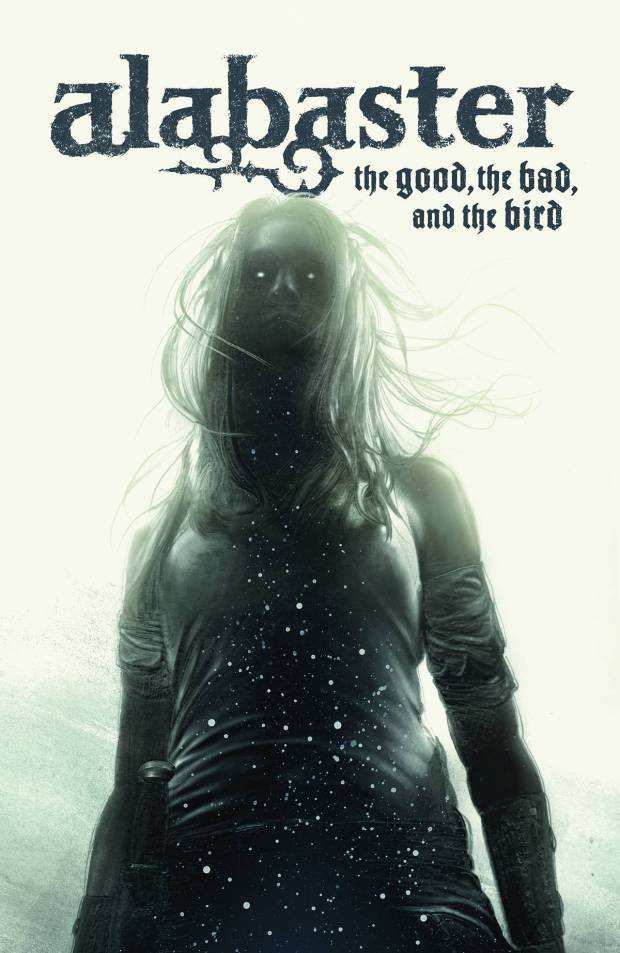