Canadian wordsmith Kelley Armstrong has written more than a dozen novels, countless short stories, graphic novels and more. Her Women of the Otherworld series is a certified smash hit and her smooth prose has won fans over across the globe, garnering her a fan base that stretches far beyond Canadian borders. Prolific and supremely talented, she’s a reliable read through and through, and we’re extremely proud to feature a brand spankin’ new interview with the living legend!

Check out this killer Q&A that our always faithful interview maestro, John Wisniewski conducted with one of Canada’s absolute finest!

John Wisniewski: When did you begin writing, Kelley?

Kelley Armstrong: I’ve been writing since I was a child.  I was an early reader and very quickly started telling my own stories—tailoring them to be exactly what I’d want to read.

JW: What drew you to the horror genre?

KA: I started with horror…or some form of it, with very early stories of ghosts and haunted houses, then more “pure” horror in my teens.  In my twenties I moved into action and fantasy, then melded the three for Bitten.

KA: My biggest writing influences were Stephen King (for his ability to make the supernatural seem natural) and Anne Rice (for putting the story into the words of the “monster”).

JW: What do you find really scares the reader? 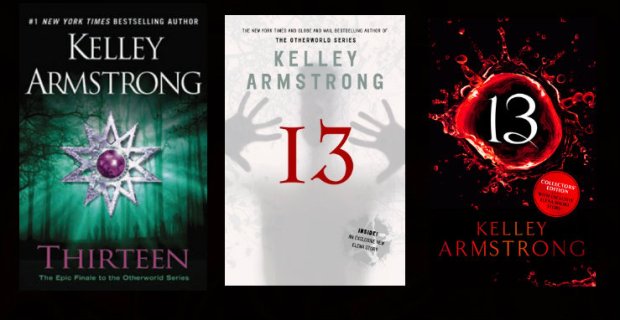 KA: It’s largely up to the reader and his/her experience. I can write a scene that I think is frightening…and have readers tell me an entirely different scene, which I thought was only mildly chilling, was terrifying. It’s as subjective as humor, and like humor, I write what I think will work, but I don’t tip to it in any obvious way—that is, I don’t make it clear that I intend a scene to be frightening or funny.

KA: I was recently touring for a collaborative YA series called Secrets, where we all had to give a “secret” and kids guessed who it belonged to. Mine was that I’m afraid of chickens. Not surprisingly, kids didn’t guess that one came from the horror writer. I would explain that when I was young, horror movies came on regular TV late at night, and I snuck up to watch one when I was far too young. It was The Birds. Hence my “fear” of birds (not so much on the ground/perch, but flapping, swooping etc) That’s the first horror movie I saw and I’ve seen hundreds since, but no others have had that effect on me.

JW: What do fans of your books say, when they write or meet you in person?

KA: They usually just write to tell me they’ve enjoyed the books. Occasionally they tell me what they didn’t like, but that’s rare.

JW: Do you ever speak with other women horror authors?

KA: I do events and retreats with other authors of all genres. That’s important in a career where we’re unlikely to have anyone nearby doing the same job—it helps to be able to meet up and talk shop.

Be sure to follow Kelley’s work by keeping up with her personal website, and don’t miss out on her final novel, Thirteen.