A quick editor’s note: Thank you one million times over to the great Ramsey Campbell, who offered up his list of thirteen must-read, borderline horror novels to HNR. Your contribution, sir, is greatly greatly appreciated, and we’re certain our loyal followers will love every word of this article. Respect to you sir – a legend who took the time to show HNR some serious love!

Ackroyd has written several novels that deserve a mention here – the darkly occult Hawksmoor, the rurally weird First Light, the alchemical House of Doctor Dee – but Dan Leno is still a revelation: a fast-paced Victorian serial killer novel, witty and ingenious and suspenseful.

What was Bardin’s secret? According to the introduction by Julian Symonds to a Penguin omnibus of the first three novels, Bardin’s mother was a schizophrenic, which may suggest a reason for the author’s focus on abnormal psychology. The Deadly Percheron is the tale to which the Robbie Coltrane character keeps referring in Neil Jordan’s film Mona Lisa. It begins like a story from Unknown Worlds, with the narrator attempting to psychoanalyse a patient who receives mysterious instructions from a dwarf. Soon the narrator is attacked and robbed of his identity. Philip Marlowe would have swapped clothes with his neighbour in hospital and made his escape, but Bardin’s protagonist recognises how paranoid his story sounds and becomes a victim of it. The book progresses further into nightmare and never quite emerges, even managing to extend it into Bardin’s second novel, The Last of Philip Banter. Read that too, and the third, Devil Take the Blue-Tail Fly. Alas, his later novel Purloining Tiny is perverse but reads like someone imitating Bardin. 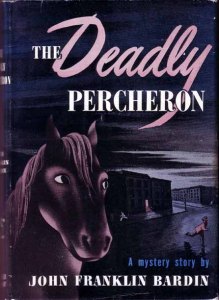 Beckett at his most austere and intense. Deirdre Bair’s biography reveals that he wrote the novel as a way of surviving the imminent death of his mother. If it’s a vision of any kind of afterlife, it’s a truly terrifying one, and best read in a single sitting. Characters and memories (if that’s what they are) rise out of the disembodied monologue and vanish like ghosts, bearing fragments of the narrative and the narrator. It may not be an experience for all readers, but if you can take it, it’s unforgettable.

“Three men and their women are brought to face the truth about themselves in the committal chamber of a crematorium.” So says the blurb of the British hardcover, accurately enough, but it avoids mentioning that the book is a variation on one of the earliest classic short horror stories. Its understatement only adds to the intensity, and it rises to a fine pitch of terror.

This nightmare vision of a new kind of warfare has seen only two editions. The Hutchinson hardcover is even rarer than the first and only paperback, published in 1992 with an introduction by Brian Aldiss. The novel grew out of the horrors of the First World War, and proposes the creation of a humanoid race bred simply to kill. The humanoids finish off a war and then proceed to overrun humanity in scenes that amply justify Karl Edward Wagner’s inclusion of the book in his list of the best science fiction horror novels. A thread of racism runs through it, but it’s still richly deserving of revival.

This was John Dickson Carr’s first novel under this transparent pseudonym. Most of Carr’s work is detective fiction influenced by Chesterton, especially in a fondness for apparently impossible crimes. He had a strong sense of the macabre, not least in his titles – The Hollow Man, Skeleton in the Clock, He Who Whispers, It Walks by Night (his very first novel, close to Poe in its Gothic atmosphere and gruesomeness). Another influence is the ghostly fiction of M. R. James – the short story “Blind Man’s Hood” is a spectral tale in that tradition – and this is apparent in The Plague Court Murders, which even quotes James’s “A School Story” near the end. While the murders are solved, the book conveys an almost palpable sense of evil and dread. The haunted house of the title feels oppressively authentic, and a chapter devoted to its history never explains away the supernatural horror. Under both his names Carr is worth reading, but don’t read The Hollow Man first; it includes a chapter that lists many of the solutions to his tricks.

Don’t see the film, read the novel. It is indeed magic in a variety of ways. Goldman often plays brilliant tricks on the reader – in Control, for instance, and in the book (though not the movie) of Marathon Man – but this is the most ingeniously sustained. Indeed, this reader didn’t immediately catch it when it was revealed. As an account of a mind at and beyond the end of its tether, the book far outstrips the film (for which the author has to take some blame, since he wrote the screenplay).

John Brahm’s film Hangover Square stars Laird Cregar as a deranged Victorian pianist and composer sent into murderous fits by high-pitched sounds. It’s a compelling melodramatic thriller, rendered all the more intense by Bernard Herrmann’s score, and an absolute travesty of the novel by Patrick Hamilton, author of Gaslight and Rope. In the book the protagonist William Harvey Bone suffers blackouts in 1939 London and imagines acts of violence that perhaps he will commit. He’s a precursor of American Psycho’s Patrick Bateman, disintegrating in an England as bleak as anything in Graham Greene, without even that writer’s hints of religious redemption. By all means see the film, but don’t let it put you off the novel.

A black comedy of paranoia narrated by the man who’s waiting for the call. Here and in The Investigator (in his collection of two novellas Games of Chance) Hinde conveys how the deranged can pass as sane, not only to themselves.

Levin is best known in the field for Rosemary’s Baby, a tour de force of a horror novel, told very largely through dialogue. A Kiss before Dying is more compulsive still – a study of a sociopath driven by ambition to kill and kill again. The serial killer is today’s fashionable monster, with authors outdoing one another in attempts to elaborate the monstrousness (and too often the unlikeliness). Not the least of Levin’s achievements is to show a murderer as murderers tend to be – inadequate and self-obsessed, with an exaggerated sense of their own worth and a compulsion to prove it – and still make the tale absolutely compelling. It was decently filmed by Gerd Oswald, but the remake begins with a miscalculation as basic as starting Psycho with the first appearance of Mrs Bates. Seek out the book, which is a classic of edgy suspense.

My friend the poet Richard Hill brought this to my notice, and I can’t improve on his description of it as a nightmare version of Treasure Island. Morrison specialised in social realism (Tales of Mean Streets, A Child of the Jago), and his view of crime and its sources was much less romantic than Stevenson’s. The child’s viewpoint from which we see events adds to the sense of dread, and the quicklime scene tips the book into real horror.

At the time of writing most of my readers may be far less familiar with Somoza than he deserves. Three of his novels are available in English. The Athenian Murders is a detective story Nabokov might have been proud to devise, while Zig Zag invents an impressively malevolent new kind of ghost born of an experiment in string theory. The Art of Murder is perhaps the most disturbing of the three, however. Promoted as crime fiction, it’s primarily speculative fiction about a near future (now the recent past) in which human beings are sold as art objects. The psychological insight into their state – in particular the central character’s – is at least the equal of Ballard. 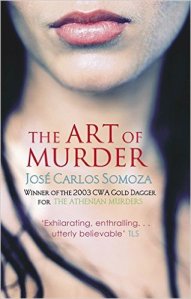 Noir fiction sometimes ventures into horror – Cornell Woolrich’s Black Alibi, for instance, filmed for Val Lewton by Jacques Tourneur as The Leopard Man – but none of its proponents takes the tendency farther than Jim Thompson. The ending of The Getaway appears to have been too grotesque even for Peckinpah, because what waits over the border in the last chapter of the novel is the territory of Poe. Sometimes Thompson’s work barely contains its excesses – the incestuous sadism that surfaces in King Blood is particularly troubling – but Savage Night is probably the book best suited to the present list. By the final pages it has become either a ghost story or a living nightmare, however living is defined in the context. “In the end,” Geoffrey O’Brien writes, “only the voice remains.” He could be writing about Beckett – indeed, to the very Beckett book I’ve listed – but he has Savage Night in mind. 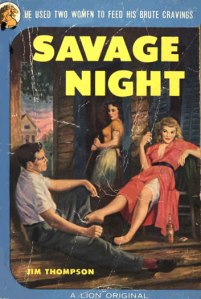 Again, we cannot thank Ramsey Campbell enough for his contribution. Campbell is a living legend, and the fact that he was more than willing to offer up an amazing piece for HNR means the world to me. Mr. Campbell, you had my respect long before offering up something to share with HNR readers, and now, well… I’m left speechless. And as always, I wish you nothing but the best!

Be sure to check out some of Campbell’s recent works:

Visions from Brichester is available here. 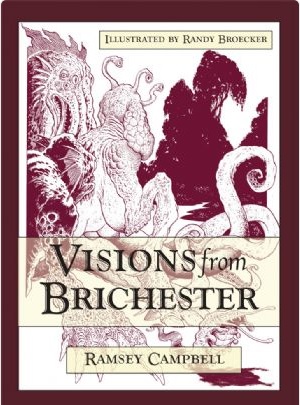 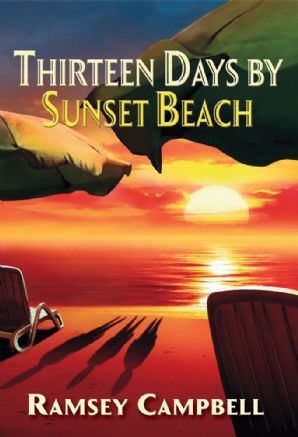