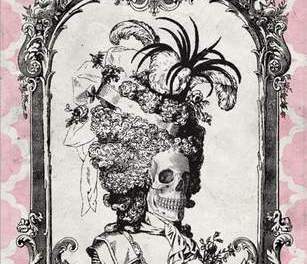 Molly Tanzer entered the Uncanny Valley in 2012, with the publication of widely acclaimed A Pretty Mouth, a stitched-together novel centering on various members of the strange and decadent Calipash genealogy over the 18th and 19th centuries. Their activities include black magic, body swapping, a Thing or two, and oral gratification through tentacle sucking. She followed up in 2014 with Vermilion, a supernatural weird western embellished with steampunk accessories, and more than a little kinky eroticism.

Tanzer continues to demonstrate that her choice of genre subject matter is as wide and amorphous as a red algae bloom. Her latest novel, The Pleasure Merchant (November, 2015) throws yet another curve at reader expectations, shifting away from the explicitly outre and horrific into stately, subtle psychological drama. No monsters, bloody deeds, or Lovecraftian cosmology appear within these pages. The resonance readers feel is directly akin to the work of Henry Fielding, Jane Austen, and Edgar Allan Poe.

The setting is late 18th century England. A very unreliable, anonymous narrator introduces readers to Tom Dawne, young apprentice wigmaker. Tom envisions a successful social and financial ascent into middle-class stability through marriage to his master’s daughter. But his dreams are dashed when his professional expertise is erroneously besmirched, and he is thrown out into the mean streets of London with no means of support. Fortunately, Tom is scooped up by Tiercel Bewit, a kindly, upper-class gentleman who allows Tom into his staff as a sort of apprentice valet. From that point, the story expands as Tom meets other members of the Bewit household, including pompous cousin Hallux Dryden, a scientist with mysterious research habits; Dryden’s frail wife, Sabina, acquiescent in every aspect; Bewit’s profligate son, Callow, away on the continent but a constant source of pain and frustration to his father; and eventually, the titular purveyor of catholic satisfaction. Throughout this variant on a coming-of-age tale, small discordant notes are dispersed that stimulates a reader’s imagination with darker possibilities.

Tanzer’s thematic fundamentals are consistent to one degree or another throughout her entire oeuvre – the malleable nature of gender identity, both natural and forced; class stratification and the difficulty of social mobility; and pervasive eroticism and sexuality expressed in a wide variety of… er, shapes, sizes and methods. But some readers may be surprised to find that The Pleasure Merchant eschews overt genre components in favor of a more traditional Georgian morality play. Given that style and structure, the author’s voice is pitch perfect, particularly with dialog. Her characters are driven by impetuosity, false assumptions, and inflated egos. With The Pleasure Merchant, Molly Tanzer continues to cast a wide net over scattered genre tropes, and appears to be doing a damn fine job. 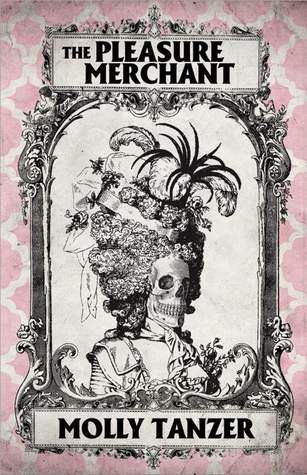