In 2014, Horror Novel Reviews gave you a look at “The Thirteen Best (or Worst) Writers of Splatterpunk and Hardcore Horror.” As notorious as this list was, it fell well short of providing a comprehensive overview of all the notable authors writing within the subgenre. Here are another six that should have made the cut. 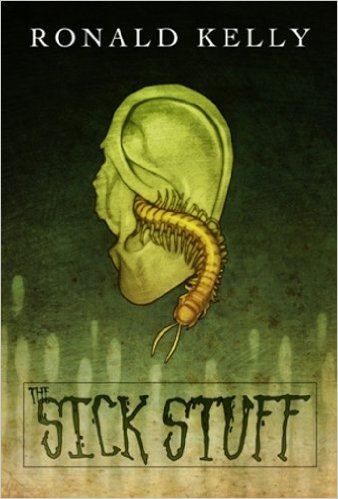 Ronald Kelly is far from a novice in the horror genre. Yet, his name may be unfamiliar to younger readers. Initially writing in the late 1980s and early 1990s, Kelly took a ten year hiatus before picking back up the pen in 2006. His stories focus primarily on grotesque imagery set against the picturesque landscape of the Smokey Mountains. A mix of splatterpunk and southern gothic stylings, Kelly pulls no punches often offering a bit of humor and social justice into his unique prose. Recommended Reading: The Sick Stuff (READ OUR REVIEW HERE). 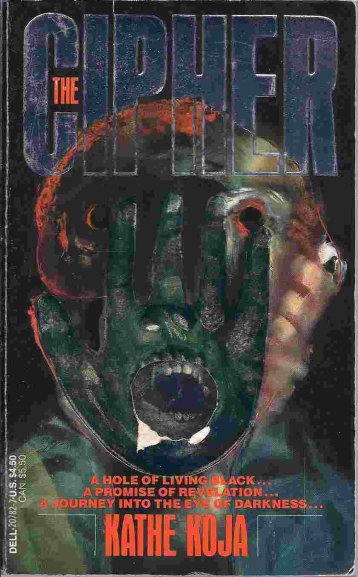 Kathe Koja began her writing career with a bang, releasing the Bram Stoker Award winning The Cipher in 1991. She went on to cement her name in hardcore literature with several follow up novels. All of these initial stories centered on an artist and their dedication to their craft leading to horrifying consequences. More recently, Koja has moved away from horror into young adult literature, but her legacy within the subgenre and take on artist’s obsession remains. Recommended Reading: The Cipher. 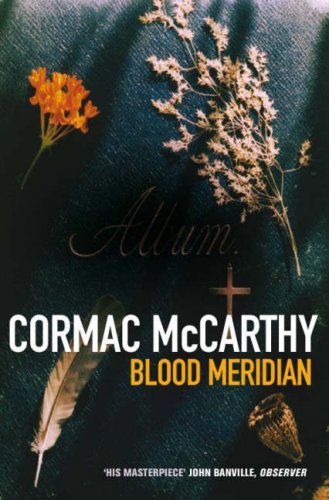 At first glance, it seems insane to list American legend Cormac McCarthy as a splatterpunk author. However, his prose often contains verbose passages of sexual perversion and violence. For example, Child of God focuses on a cross-dressing serial killer with a fetish for necrophilia and The Road examines a post-apocalyptic wasteland filled with baby eating cannibals. These are not stories for the faint of heart. However, his true crowning achievements are his hard-boiled westerns which treat the reader to some of the most bloody and depressing depictions of racism and manifest destiny ever written. Recommended Reading: Blood Meridian. 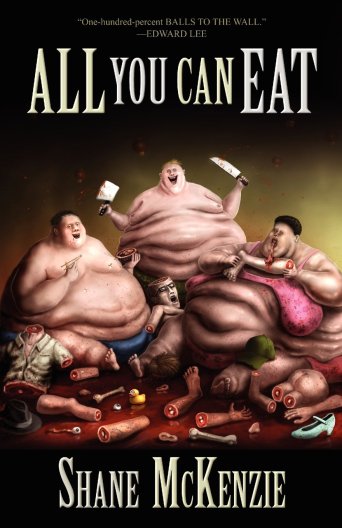 Food issues, such as bulimia and obesity, are nothing new. However, with the exception of Thinner and a few other novels, the topic was something overlooked within the horror genre. Then, Shane McKenzie came along. Splatterpunk often takes society ills and features them front in center. Why not our modern day obsession with food and body image? McKenzie has put forth some of the most horrific visions imaginable. These are not of hellish infernos or dilapidated mansions, but of Chinese buffets and Mexican food carts. Recommended Reading: All You Can Eat. 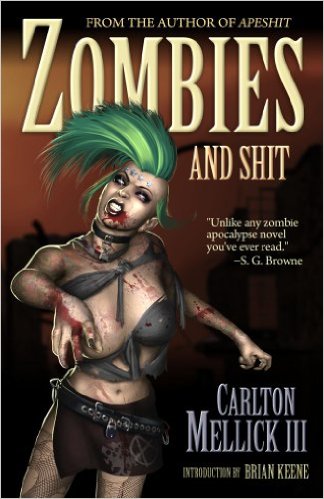 Carlton Mellick III is at the forefront of bizarro literature. While this absurdist speculative fiction movement does not fall in the splatterpunk subgenre per se, there is quite a bit of overlap. Whether it is zombie sex or candy cannibals, Mellick is no stranger to the disgusting and perverse leading many hardcore horror authors, such as Brian Keene and John Skipp, to sing his praises. Recommended Reading: Zombies and Shit (Read our review here). 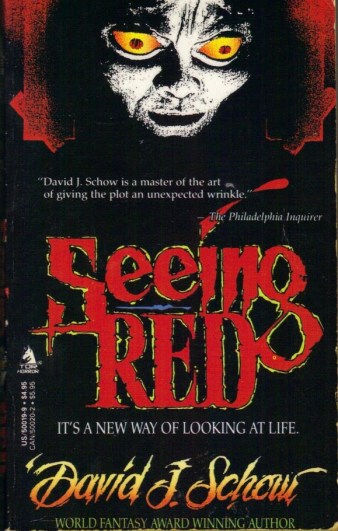 The term “splatterpunk” was coined in 1986 by David J. Schow at the Twelfth World Fantasy Convention in Providence, Rhode Island. He had been writing within the subgenre since the late 70s. Many would argue his short stories, such as “Jerry’s Kids Meet Wormboy,” helped not only define the movement, but usher in its popularity. Schow –unlike most others- has also worked extensively in Hollywood. His credits include co-authorship of The Crow screenplay with John Shirley. Recommended Reading: Seeing Red.

Didn’t find your favorite author? Check out the original list RIGHT HERE. Still think we are missing someone? Offer some feedback below and let us know who you think is the best.