Written by: Lee McGeorge
Did you ever wonder where horror began? I mean, as an entertainment medium, as a product designed to scare us? Where did the first horror novels come from?

The earliest books that would equate to horror writing were guides to defeating witches that appeared around the seventeenth century. These guidebooks were essentially short stories written up as titillating self-help guides, but they weren’t what a modern reader would call a novel. So where do they begin? Scholars and historians can point to a multitude of books from the gothic era that gave birth to the genre, but here are five books that I think were the game changers that shaped the genre.

First on that list is The Castle of Otranto (1764) by Horace Walpole. ‘Castle’ opens with the handsome young Conrad about to marry his love, Isabella, until a giant metal helmet falls from the sky and crushes his head. Conrad’s father and lord of the castle, Mafred, is terrified by the death of his son as it had been prophesied he would die without an heir. In his panic to avoid the prophecy coming true, Manfred chases the hapless Isabella around the castle intent on raping her so that she may fall pregnant, thus foiling the prophecy.

It’s bonkers; and sadly, like many age-old texts is borderline unreadable to modern audiences, but this eighteenth century potboiler was the unstoppable bestseller in its day. Whilst The Castle of Otranto is far from being a horror novel, it stands out vividly for being fantastical. Writers of that age were striving for realism. Flights of fantasy and imagination were considered unworthy of a serious writer but Walpole disagreed, musing that if Shakespeare could comfortably write about ghosts and witches, why couldn’t he?

Because ‘Castle’ was such a runaway hit, it set the mood and appetite for more fantastical literature. Other writers jumped on the bandwagon and began adding ghosts and phantasms and the supernatural to their gothic and romantic stories; but ‘Castle’ was definitely the first.

The next book to push the creation of horror forward did so by adding gore and shock to the storytelling. The French Revolution had begun in 1789 and as news of the peasants revolt began to spread it was seen as the rich getting their just deserts; but then rumours started of terrifying barbarity. There were shocking reports that the peasants had invented a mechanism that severed limbs and heads. It was an unspeakable evil. The peasants had invented a killing machine and, as word of its use spread, the blood and guts began filtering into literature.

The book to capitalise on this carnage was The Monk (1796) written by nineteen year old Matthew Gregory Lewis. A story of illicit sex, cross-dressing, rape, pregnant nuns, murder, ghostly apparitions, dead and decaying babies, burning people at the steak, matricide, incest and even summoning up the devil. (Before you get your hopes up, this too is borderline unreadable to modern audiences.) The Monk closed out the eighteenth century by showing the extreme and was a giant leap forward for horror literature.

The genre now had fantasy, violence and was unafraid to shock, but its next major step was going to add one of the most evocative of horror leanings. Prescience. Horror was about to capture the anxiety of the day and in the early nineteenth century fear came from science. As experimenters began to solve the mysteries of the world, society began to consider that science would eventually conquer death and return the dead to the world of the living. In literature, nothing captured this anxiety quite like Mary Shelley’s, Frankenstein or The Modern Prometheus (1818).

At the time of publication, medicine and medical technology was at the forefront of the sciences but there weren’t enough cadavers for student doctors to practice on. Medical schools were desperate for corpses and offered such huge sums that grave-robbing became a lucrative trade. Barely a cemetery in Europe or America was untouched and it’s easy to see why the public latched on to Shelley’s dark fantasy. Whilst modern audiences think of Victor Frankenstein’s monster as being the horror, the terror that beguiled the reading masses of the day was the out-of-control scientist who would steal you from your grave and mutilate you after death, or even worse, reanimate your decayed corpse. Frankenstein got under people’s skin. There really were grave robbers and mad scientists out there and they terrified people. That terror was captured in literature and makes Frankenstein my third game changer.

For game changers four and five I’m going to look at vampires. There is a wealth of literature on vampires that begin with a collection of non-fiction essays under the title “Dissertations Upon the Apparitions of Angels, Daemons, and Ghosts, and Concerning the Vampires of Hungary, Bohemia, Moravia, and Silesia” (1746). The vampire as an entertainment product began to take shape in 1819 through John William Polidori’s short tale, The Vampyre but it still wasn’t really a horror novel. Over the next fifty years, vampires and vampire stories began to form and borrow from one another, but our first real novel to be rocking a sensual, blood sucker is Carmilla (1872), created by Joseph Sheriden Le Fanu. 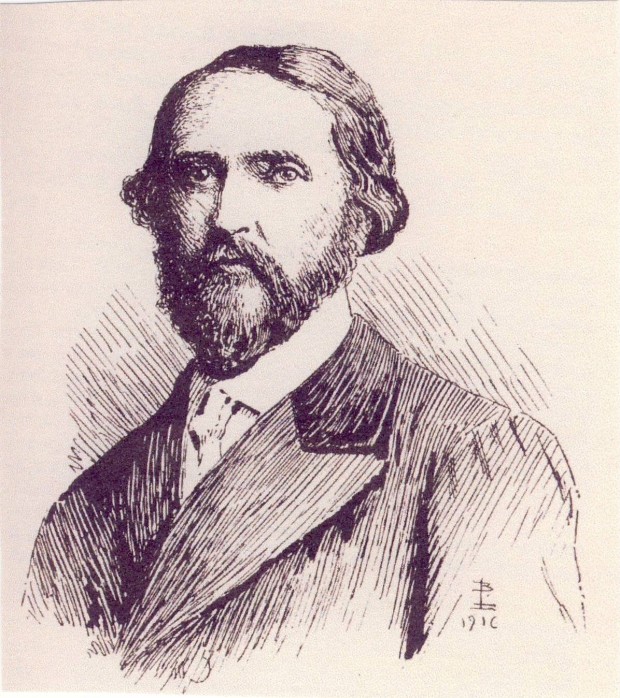 Carmilla is a lesbian vampire who sexually desires a young girl; she seduces the girl’s mother to get close to the daughter, then when the mother has fallen in love and lowers her guard, Carmilla steals the daughter and abandons the love-struck mother. What a scandalous shocker this must have been in the Victorian age. With its mix of horror, sex and lesbian sensuality, Carmilla was a scandalous bestseller. To my liking, this is the point at which the horror novel is almost formed. It still has its roots in romanticism rather than terror, but we’ve now got sex, violence, shock, gore and the whole package is starting to feel like a genuine entertainment product.

Of course, king of the vampire novels is Dracula (1897) by Bram Stoker. Published twenty six years after Carmilla, what makes Dracula interesting is it isn’t a vampire story as much as it’s a serial-killer story. Stoker was writing in the day of Jack the Ripper, whose Shoreditch killing spree began in 1888. At the time, people were forming vigilante groups to hunt the ripper, a killer whose crimes and invisibility seemed almost supernatural. It’s easy to see where Stoker took his inspiration for a group of people setting out to track and kill the Transylvanian Count. Dracula is where it all comes together for the first time; it has the fantasy elements, the romanticism of the gothic period, the shock, horror and blood letting whilst capturing the essence of its time.

Seeing how Dracula was effectively Jack the Ripper brings us to an interesting realisation about horror. With The Monk, the reality of death and mutilation in France seeped into the literature. With Frankenstein, The reality of grave robbing doctors seeped into the writing and with Dracula, the reality of a serial killer made it to the printed page. Throughout history the horror genre has shown an ability to capture the fear of its day and lock it in a time capsule. This is a tradition that continues in the best that we see from horror today. It’s especially noticeable in film. Dawn of the Dead captures the consumerism of the 1970’s, challenging the idea that you could buy your way to happiness. Watch Cronenberg’s The Fly and try not to view it as anything other than the fear of AIDS in the 1980’s. My favourite recent film to capture this was the remake of The Hills Have Eyes looking at a post 9/11 USA; the story of how Americans had become surrounded on all sides by people wanting to kill them. No other genre has the ability to capture social anxiety as profoundly as horror.

In books, what we enjoy now was shaped by writers hundreds of years ago. What we enjoy today is the grown up bastard child of The Castle of Otranto, The Monk, Frankenstein, Carmilla and Dracula. These are the works that led on to the likes of Dennis Wheatley whose occult and supernatural novels such as The Devil Rides Out (1934) formed the basis for many Hammer Horror films. Wheatley wrote books that a modern reader would recognise as a horror novel; thick paperbacks with garish covers designed to thrill and excite. Whilst Lovecraft and Poe treated their novellas and short stories with seriousness, Wheatley was up for fun and mischief, with characters like The Duke de Richleau, a supernatural James Bond using white magic to battle the devil. Wheatley was amongst the first to see his mass-produced paperbacks crossover to cinema and it’s easy to trace a line from Wheatley back thirty years to Dracula, then back to Frankenstein and so on.

If there is a thought to take away from this history lesson, it’s perhaps a recognition that horror isn’t treated as fairly as other genres. In this essay I present two hundred and fifty years of literary history, yet horror is still unworthy of academia. Critics and historians comfortably talk about gothic authors like Charles Dickens, but Dickens might not have written about the ghosts of Christmas if Walpole hadn’t made it acceptable with The Castle of Otranto. There is a wealth of history to the horror genre just as worthy of critical debate and discussion as the romantics, yet it’s largely neglected. In a way I quite like this. I do enjoy that film critics deride movies like The Texas Chainsaw Massacre or A Nightmare on Elm Street, then slowly change their mind and figure out these stories are culturally important thirty years later. I like that Stephen King was knocking out “trash” for years only to be honoured at The White House and pick up a National Medal of Arts; you know instinctively that the awards committee are honouring the staying power of King classics like The Shining and Carrie, yet haven’t read anything he’s written recently. Generally film and book critics tend to be decades behind the times when it comes to horror. That’s what’s great about horror readers and websites like HorrorNovelReviews.com, they’re ahead of the curve, they like stuff before it’s cool.