If you frequent HNR, you know I’m not a fan of zombie stories. I was once. That lasted up to the point in which I’d read about 40 different zombie novels, only to finally realize I’d read the same book with differing names 40 times over. It donned on me that even the amazing authors of the world have difficulty in doing something truly diverse with the content. And just like that, I abandoned the sub-genre, determined to find material that fell closer in line to my idea of creative and original.

For these reasons, I considered giving Mick Bogerman’s How to Navigate Zombie Cave and Defeat Pirate Pete not one single moment of my time. The book is aimed at the world’s youngsters first and foremost, but I didn’t take that to mean much. It is after all, just another zombie story.

Turns out it isn’t just another zombie story.

Given the title of the book, you can go ahead and assume this one is about a kid who heads for a cave overrun by zombies. You can also safely assume that said kid is in that cave to find himself some booty, which Pirate Pete – also a zombie – guards unwaveringly. Again, look to the title; that should spell out the remainder of the tale. It’s as straight forward as it seems, and yet it feels infinitely more refreshing than any zombie story I’ve read inside the last five years.

What Bogerman offers here is a blast of epic proportions that isn’t really about zombies at all. It isn’t really about the troubles that surviving members of a dying race must overcome. It isn’t about the mad, desperate lunatics that turn to cannibalism as earth’s food supply vanishes with the hope of a better day. This is about brotherhood and love for the one who ensured you made it here, mom. And that, my friends, I can totally and completely get behind, especially when an author really, really gets it right.

These are lovable characters. This is a conflict that feels more akin to a new amusement park ride than a cliché concept you have memorized, no matter the variations in the formula. Written for the tweens of the world, the book flies by, action from first page to last, and that’s exactly how a story like this should be handled. It’s about having fun while showing respect for family. It’s a breath of fresh air. It’s humorous and adventurous. It’s personal. It’s The Goonies on paper.

Do yourself a favor and order the book right here. It’s a genuine steal. 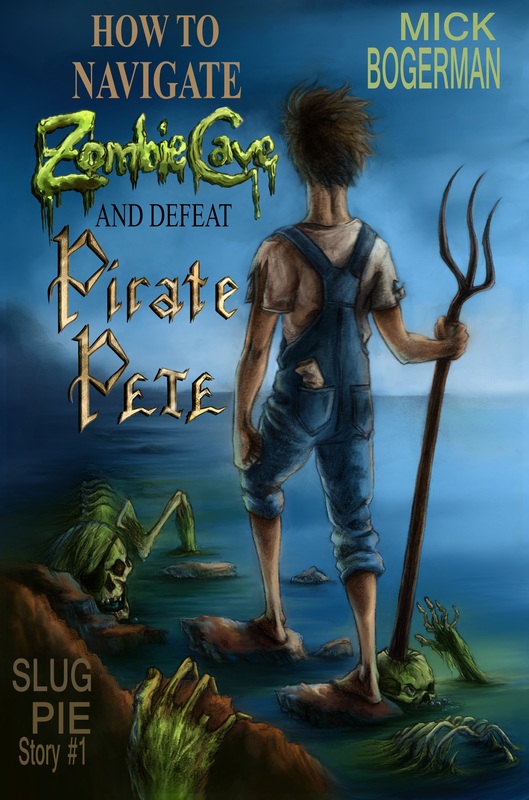