Chad Lutzke does a lot for HNR. He’s also extremely passionate about the horror genre, considerate of the folks in his social and professional circle, and – did I mention he can write his behind off? Well, he can. Lutzke’s fiction isn’t mind blowing or poetic, he doesn’t craft words with the conviction of, say, HP Lovecraft, but he’s got all the makings of an amazing writer who could be here to entertain readers for quite some time.

While Lutzke still has room to grow, he’s already refined his skills to a point in which he’s able to develop compelling stories that hold the attention. Night as a Catalyst brings 19 dark tales (one of which, a bonus tale, is written by Chad’s son, Nekoda) to light, and the bulk of these pieces prove highly entertaining. The one constant throughout the collection (this is a pretty eclectic mix) is the Twilight Zone-ish spin to Lutzke’s stories, which works wonders for a guy like me, who cherishes all things Twilight Zone (I’ve recently jumped into the vintage Twilight Zone comics, which though basic are amazing). The twists are great, and the characters are characters that we can invest in. It really is quite reminiscent of Rod Serling’s wondrous creation.

Within the collection you’re going to find the following tales:

One Up a Tree

A Hand with the Harvest

One for the Road

The Haunting of the Squirrel (Bonus Story)

For my buck, One Up a Tree, Birthday Suit, Discerning the Adversary and the bonus tale, The Haunting of the Squirrel emerge as the true standouts of the collection. One Up a Tree has an awesome backwoods vibe to it, Birthday Suit captures the essence of childhood and naivety (this feels like an Amblin production on page), Discerning the Adversary is a kick ass revenge/creature tale and The Haunting of the Squirrel is loaded with mesmerizing charm. These are fine stories that feel personal and memorable in equal measure.

Lutzke definitely has room for improvement, as do the majority of us, but he’s already got a firm enough grip on storytelling to win readers over. Where the future takes him is anyone’s guess, but if he remains diligent in his quest to become a remarkable author, he’s going to get there a lot faster than some of us Night as a Catalyst is a fine introductory point for those in search of fresh talent! 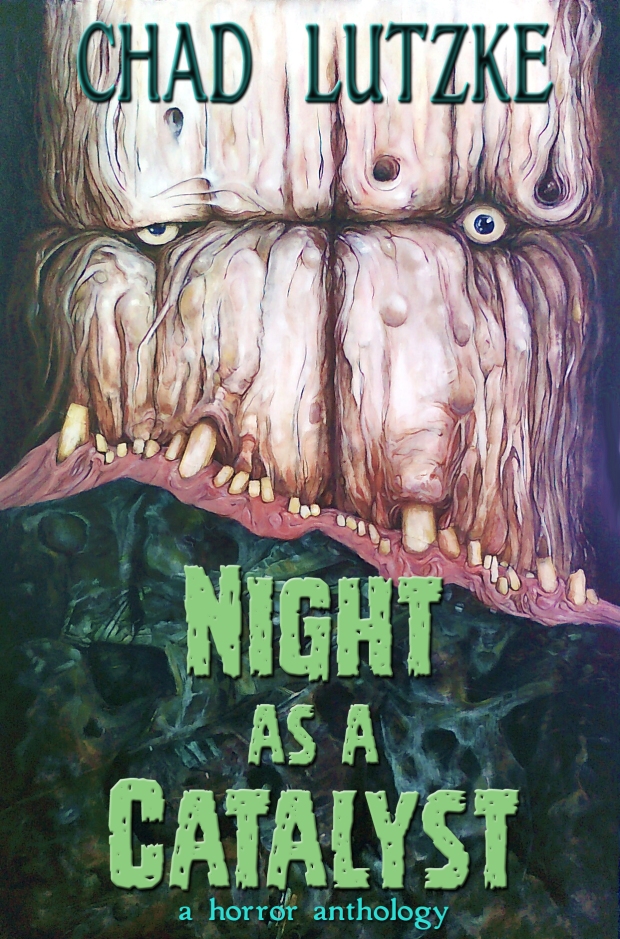 2 Comments on Chad Lutzke ‘Night as a Catalyst’ Review