Seriously, who doesn’t love Hellboy? Mike Mignola’s utterly genius creation has captivated readers for a few decades now, so much so that it made way for a cinematic adaption. But while Guillermo del Toro’s pictures are amazing, Hellboy is still wowing Dark Horse readers.

And Hellboy in Hell is no different. It’s just as amazing as past arcs, and it is no doubt a must-read.

Issue #7 is headed our way on August 26th and we’ve got a sneak peek at what you’ll find in the book below!

Hellboy in Hell #7 – Art and story by Mike Mignola, colors by Dave Stewart, and lettering by Clem Robins

This August, in Hellboy in Hell #7, Dark Horse Comics will publish the first chapter of a two-part story, “The Hounds of Pluto.”  The story – written and illustrated by Mike Mignola, with colors by Dave Stewart – continues Hellboy’s infernal afterlife adventures.  Although Hellboy in Hell #7 won’t be sold on Earth until late August, advance copies have made their way to Hell, and the comic is all the denizens of that bleak realm can talk about. 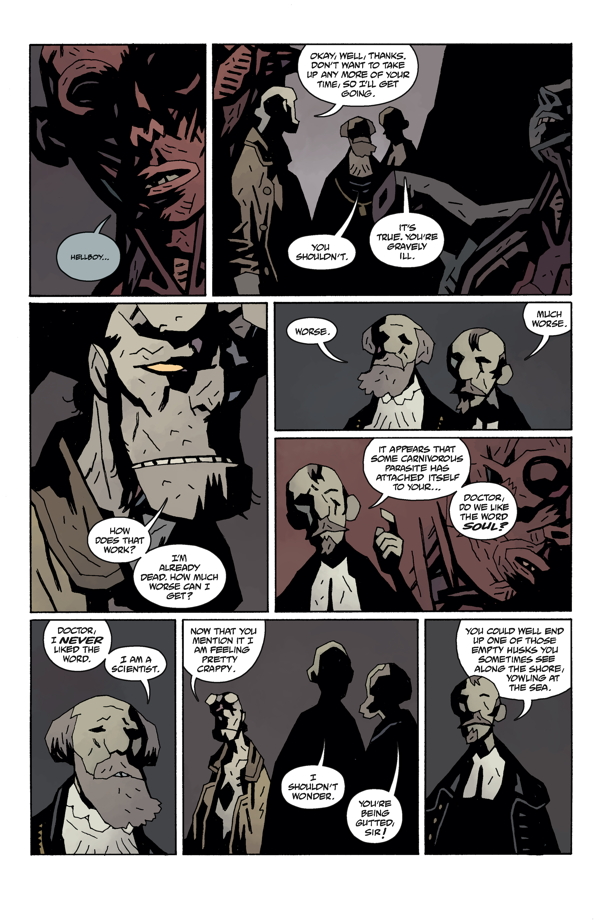 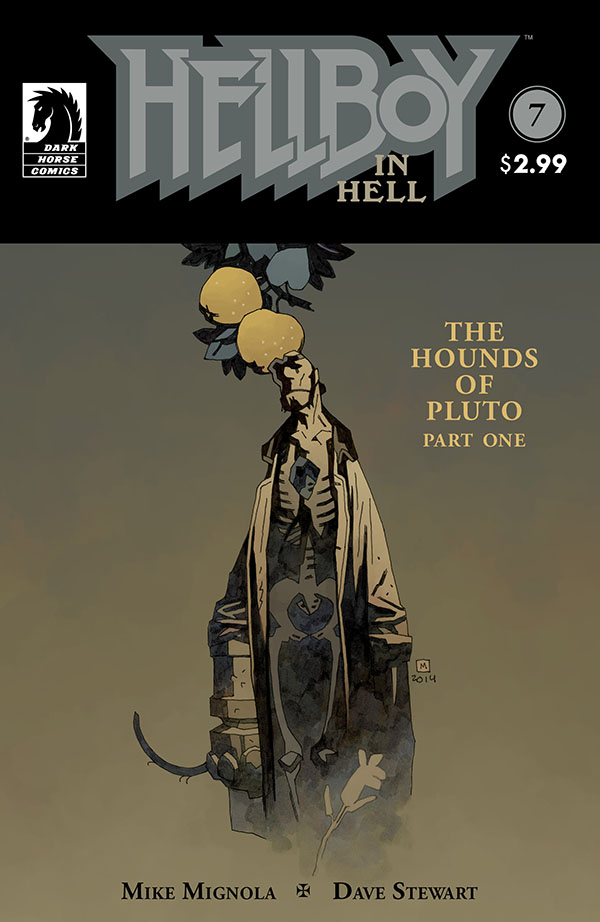