Matt Shaw’s most widely read works have been in his extreme horror series. All of the novels within the series are instantly identifiable by their unadorned black covers and graphic content. Monster is among these titles.

Co-authored with Michael Bray, Monster follows a woman obsessed with serial killers. Her name is Christina. She works a dead end job at a gas station. To pass the time, Christina likes to make up stories about the people filling-up their vehicles. She imagines what it would be like if her customers were serial killers, that is, until she hits the nail on the head. Christina is abducted and held prisoner by a family of monsters: a father, a mother, and their deformed giant of a son. In their hands, she will learn the true horrors faced by those who fall victim to serial killers as she is raped and tortured.

Shaw and Bray introduce the novel with a warning that it is the most brutal piece they have ever written. Shaw is credited with developing the situation, while Bray constructed much of the back story behind the family of monsters. Both are sufficiently violent and disturbing.

Shaw’s “birthday” scene takes the cake… literally. Whether Monster is worse than Shaw’s Sickest Bastards, it is up to the reader to decide. However, themes of incest, cannibalism, and nonconsensual sex constitute the majority of the horror in both books.

Perhaps worse than Shaw’s contribution is Michael Bray’s backstory which takes an extraordinarily hard look at domestic abuse. While Bray’s horror is more psychological, it is in many ways even more extreme than Shaw’s visceral descriptions. Monsters are made. Bray shows the reader this, not with a statement or description, but with a family history that leaves the reader feeling numb.

Bray and Shaw work well together. It was evident in their first co-authored novel, Art, and it is also evident in Monster. The book lives up to other works within Matt Shaw’s extreme horror series. Bray and Shaw are young authors that continue to demonstrate their worth and talent. Both are authors of note within the horror genre. We are sure to hear more from these two in years to come. 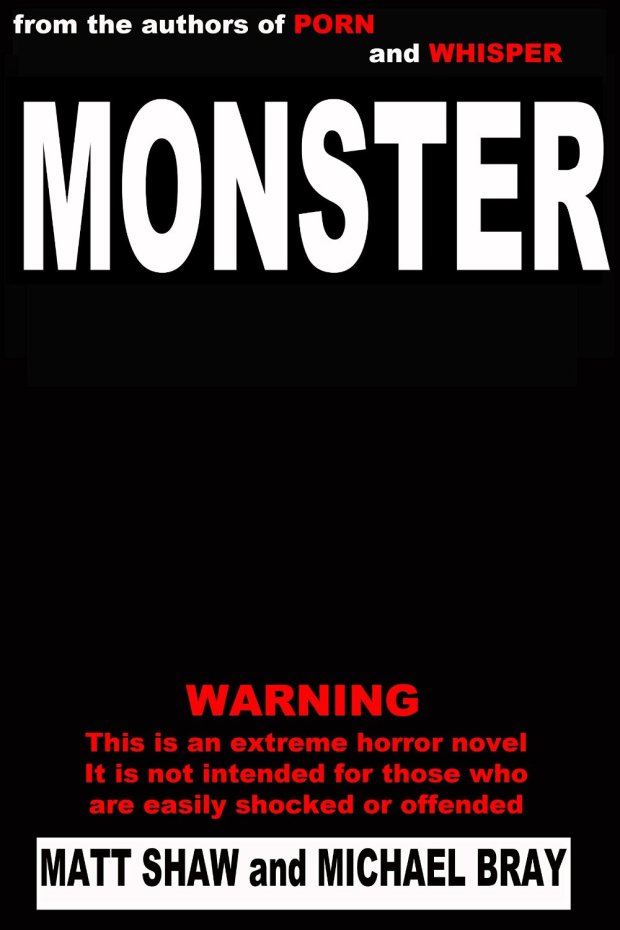