Editor’s note: All samples and prizing provided by Disney-Hyperion.

Guillermo del Toro is one of those very few genre contributors that need absolutely no introduction. But we’ll give him one anyway, as the man has been wowing audiences for years, crafting visually stimulating pictures (Cronos, Mimic, The Devil’s Backbone, Blade II, Hellboy I and II, as well as Pan’s Labyrinth stand as true fan favorites) that resonate long after viewing. And now he’s returning to another branch of the entertainment tree and offering up his talents to those who prefer to read rather than watch.

Del Toro (and Daniel Kraus) have joined forces and created the insanely promising illustrated young adult novel, Trollhunters. Sean Murray handles the artwork, which is truly brilliant, as you’ll see below in a few example images! 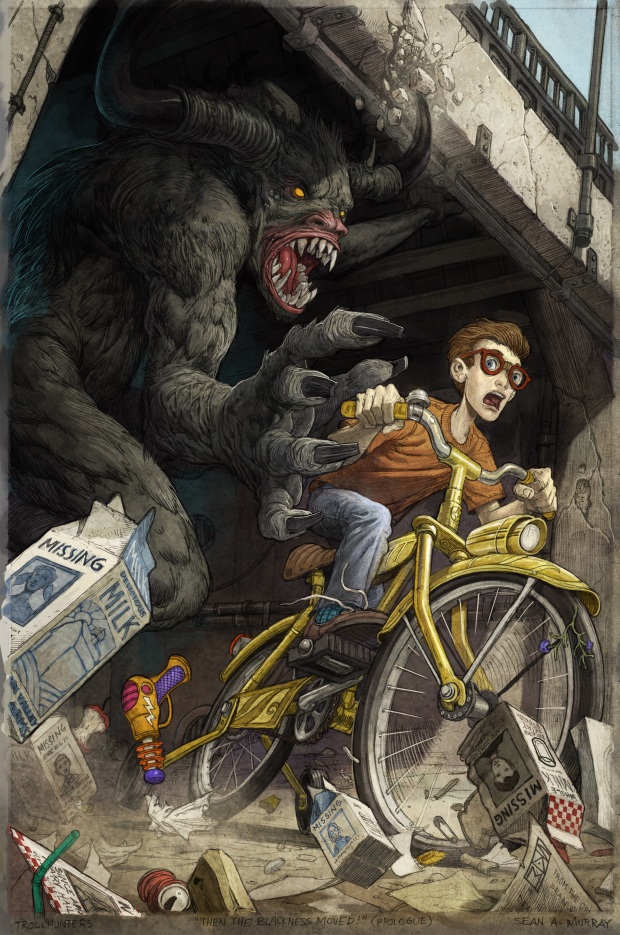 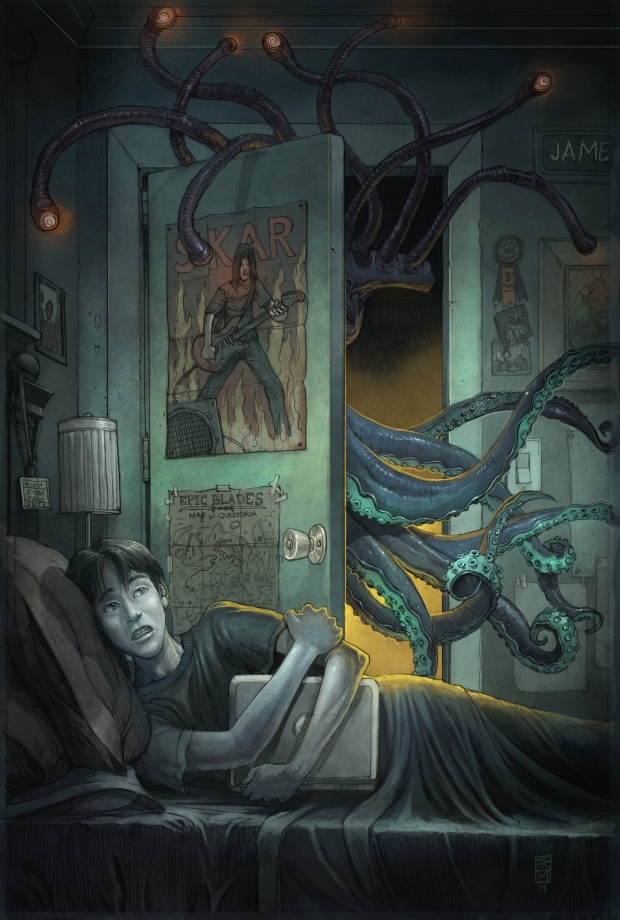 In order to get your hands on a copy of this wildly promising novel, all you’ve got to do is send us an email at hnrcontests@live.com and include your name and shipping address. One random winner will be selected!

The winner will receive a Disney-Hyperion collection of Young Adult Horror Books including:

· The Enemy by Charlie Higson

Dig on the synopsis:

“You are food. Those muscles you flex to walk, lift, and talk? They’re patties of meat topped with chewy tendon. That skin you’ve paid so much attention to in mirrors? It’s delicious to the right tongues, a casserole of succulent tissue. And those bones that give you the strength to make your way in the world? They rattle between teeth as the marrow is sucked down slobbering throats. These facts are unpleasant but useful. There are things out there, you see, that don’t cower in holes to be captured by us and cooked over our fires. These things have their own ways of trapping their kills, their own fires, their own appetites.”

Jim Sturges is your typical teen in suburban San Bernardino— one with an embarrassingly overprotective dad, a best friend named “Tubby” who shares his hatred of all things torturous (like gym class), and a crush on a girl who doesn’t know he exists. But everything changes for Jim when a 45-year old mystery resurfaces, threatening the lives of everyone in his seemingly sleepy town. Soon Jim has to team up with a band of unlikely (and some un-human) heroes to battle the monsters he never knew existed.

If you happen to be headed for the San Diego Comic-Con you can also stop by the Disney Publishing Booth on Friday afternoon for a TROLLHUNTERS signing with co-authors Guillermo del Toro and Daniel Kraus. Limited to 100!