The story starts and ends with some talking heads giving their opinions about what is happening in the town of Eckert, Wisconsin. Neither the interviewers nor the interviewees have any knowledge of the subject, but their pontifications fill up some TV time on the local news.  The only thing that they know for sure is that thirty years ago a young couple traveling through the town reported seeing a blue beam come down from the sky and go into the ground. Since then, the ground has rumbled and trembled (the booms) from time to time, but no one really knows why.

When the story proper opens, little pockets of blue slime start appearing at various places in town. As the blue slime slowly spreads, accompanied by a miasma of rot, no one is really concerned, not even when their buddies do not show up at work or at school. It’s just another curiosity that’s a feature of this little town.

Alan Packard isn’t the cleanest of men, so seeing blue slime ooze out of his bathroom pipes doesn’t worry him unduly.  He is so used to living in his ramshackle house that he pays no attention to the gunk in his bathtub or on the towel on the floor. Using the slimy towel to dry off doesn’t bother him at all.

Brady, barely thirteen years old, has a tremendous urge to satisfy his curiosity about the slime. He decides to get a sample of it. His friend and almost girlfriend, Kim, goes along with him. The author does a really nice job jumping from the viewpoint of a 42-year old man to that of a barely teenaged boy and girl.  The 42-year old Alan runs a local flea market, which becomes a focal point of the story.  Brady and Kim track the slime to its most accessible point, which is a broken pipe behind the flea market. Alan, now controlled by the blue gunk, sees them and gives chase.

I gave it a 4 rating, because some of the scenes are just not logical. I’m willing to accept that a blue beam shot into the earth, took thirty years before it made its appearance and then proceeds to take over everyone it comes into contact with. After having the slime crawl up and eat whomever it touches, Kim manages to lay her hand in it and also step in it, while not having the gook crawl all over her.  If anyone is paying attention, it just makes no sense. I can see stepping in it as Kim did without any consequences (she was wearing shoes), but she actually touched it and didn’t wash her hands afterwards. She showed no ill effects whatsoever. Then Brady’s cousin gets thrown into the mix towards the end of the story with no previous hint that he’s even around.  Just bang, he’s suddenly there.

This is a novella of 81 print pages. It would have been nice to have explanations for the phenomena, especially as to why it took thirty years to show itself, but keeping it at a shorter length tightens the suspense. It’s well worth a read. 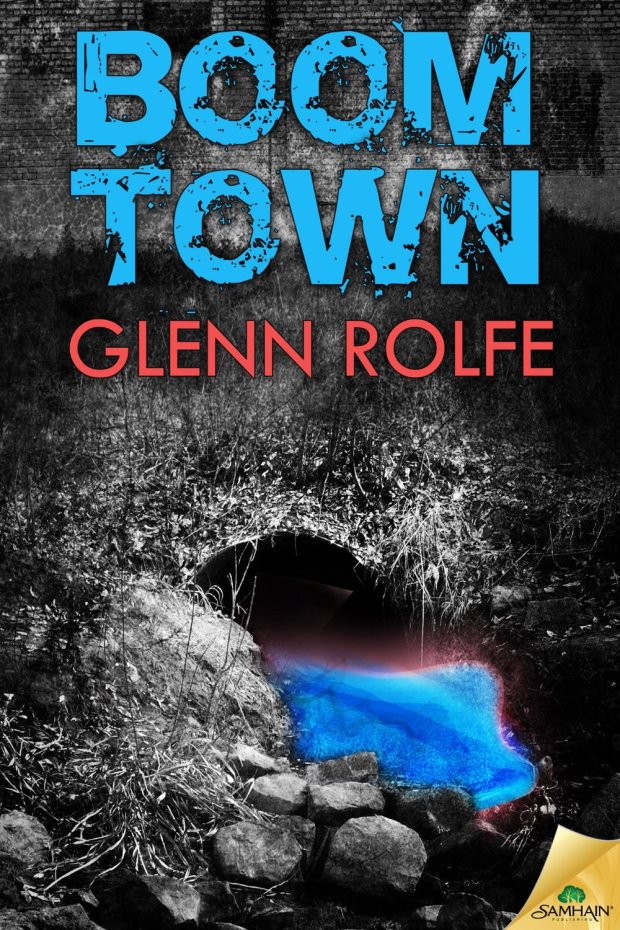