The Evil of Oz is a graphic story of Dorothy’s return to Oz. Written by Ryan Fuller, illustrated by Sanjana Baijnath, and published by CreateSpace Independent Publishing Platform; it tells the story of a very different Dorothy bent on revenge.

Dorothy has come home to find Auntie Em and Uncle Henry dead; both have their hearts ripped out. Spying the bloodied axe left behind, she knows who’s responsible. With the aid of her silver slippers (yes, silver was the color in the original story not ruby) ‘Dorothy the Witchkiller’ returns to Oz to exact her revenge. But, a lot has changed since her last visit; an evil now presides over the landscape. No longer are there welcoming Munchkins, for now, even their hearts are steeped in darkness.

This could have been so much more had the author expanded upon his telling; instead what we basically have is a “poem” set to illustrations. The premise is good, just lacking. Instead it feels as though this is a Sanjana Baijnath art book and the story is just a fill-in. With the exception of a couple of swear words it almost feels as if this was aimed for a younger audience. I don’t mean to be harsh, it isn’t a bad book; it just isn’t enough to generate any real excitement for me.

I should note The Evil of Oz was given to me in exchange for an honest review. I hope if Ryan Fuller reads this review he won’t be discouraged by my words, and takes this as the constructive criticism it is meant to be. 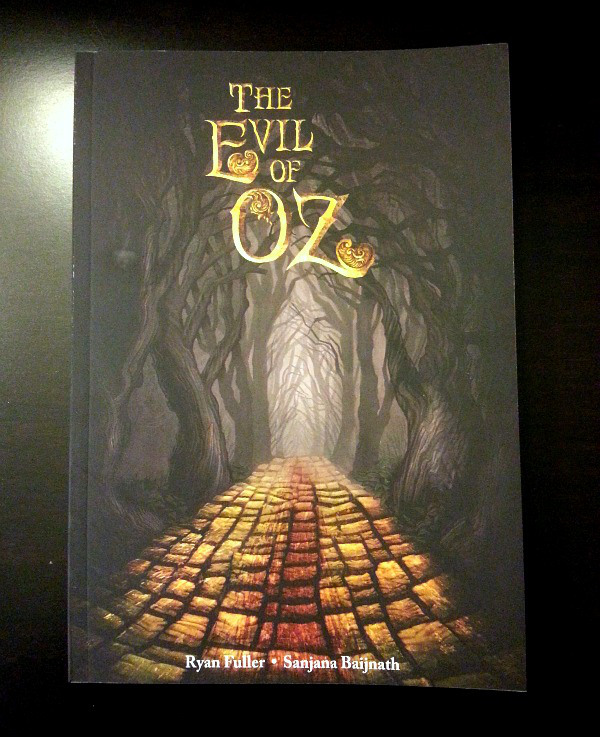 3 Comments on Ryan Fuller ‘The Evil of Oz’ Review