Blood Vengeance is the story of Brennan, a high school senior who travels across the country to San Francisco to live with his uncle. Brennan wants to start a new life after bullies and a stifling school environment chase him away from his home and his doting mother. In the run-down apartment building where he lives, Brennan begins to notice something sinister in one of the units and it is up to him and his new friends to figure out the secrets of apartment 213.

My first impression of this book was that it should have been a movie instead. There were many scenes filled with very creepy, unique and vivid imagery that although clunky in print would be quite a sight to see on-screen. The story flows somewhat awkwardly, the author’s habit of putting characters’ asides to themselves in parentheses being a bit off-putting, but flow it does and with enough suspense to foster anticipatory interest as to the ending.

Though I found the young characters’ bonds to be over-quickly developed and their personalities a touch underdeveloped; they were endearingly memorable and fitting to the tale and tasks put before them. The book seemed to lean a bit on the legacy of Stephen King’s 1408 and perhaps The Shining as well. It was this atmospheric energy echoing through the book just as it had in its worth predecessors that made the book charming and pleasantly enjoyable.

Though my overall impression is one of light, yet somewhat muddled entertainment, I maintain that Mr. Schutz-Ryan should be calling up Hollywood and working up a screenplay. There truly is one hell of a movie in here! 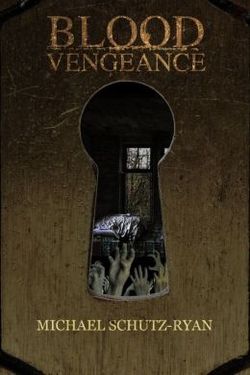