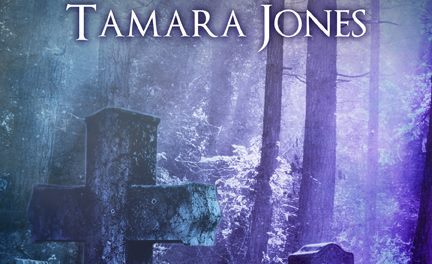 Written by: Joe Hempel of Top of the Heap Reviews

I picked up SPORE pre-release at Horror Hound Cincinnati where I got the pleasure of meeting Tamara Jones and having her sign my copy. It was a much different book than I generally read, and to be honest, I wasn’t sure if I would like it. Samhain however has very rarely let me down, so if this novel was good enough for Don D’Auria, it’s probably going to be pretty good.

The concept isn’t one that’s seen in novels all that much. It involves people returning from the dead, but unlike your typical zombie-fare, these folks all look normal, have all their senses. The only thing that comes even close to the concept that I’ve read is Handling the Undead by John Ajvide Lindqvist. The exception here is that the only thing missing is the time gap from when they died, to when they “woke up” naked in Sean Casey’s back yard, rather than being a typical “undead”.

With the time gap comes a new world for a lot of people. For instance, the houses they once lived in are now owned by other people, cars are different, people in charge a different. It’s a wholly different life for a lot of people, and this is explored some, but not enough to detract from the main part of the story.

The main part revolves around Sean, his girlfriend Mare, and her friend, the newly resurrected Mindy. While there is much more going on in the world than the scope of this book, you really get drawn into the plots surrounding Sean and company. Each character has their own quirks and reactions of what’s happening, but you’ll most likely find yourself more empathetic to the character of Mindy. As the story progresses you really start wondering what her new life is going to be like, or even if there is going to be a new life. Like, does this new lease on life expire or not? Are they going to drop dead….again?

Both of these instances are also kind of the downfall of the book too. Through social media you get this vision of the world, but you never really know anything else. You get this limited scope of the world, and it tries to mix science-fiction and horror, with quite a bit of intense personal drama, but you never really find out the “why” or see how much of this impacts other parts of the country. For that reason I find the book lacking quite a bit of resolution. Sure, the main characters all have their issues resolved for good or for bad, but because you get just a little glimpse of the much wider picture, you kind of want to know more thus closing the book a bit un-satisfied because absolutely nothing outside of the little town of Pinell.

The Bottom Line: The book is good for what it does. It pulls on the heart strings and gets you really asking the question about “what if” people did come back from the dead, and were, for the most part, normal. It feels like a great “first book” in a series setting up the Spores and getting peoples knee jerk reactions. With each continuing book pulling the camera lens back ala Scott Sigler’s Infected series until we get the full picture. I can’t say it’s a definite buy, but I don’t think you’ll be wholly disappointed either.