Since beginning his career in 2004, Matt Shaw has written and self-published more than 50 novels, novellas, and short story collections. His most widely read works have been in his extreme horror series. All of the novels within the series are instantly identifiable by their unadorned black covers and graphic content. WHORE is among these titles.

WHORE follows a female serial killer who finds her victims through her work as prostitute. She targets men that are married and frequently visit escorts. Her method of killing varies from smothering to evisceration of the male sex organ.

Through a series of flashbacks, the reader learns that this serial killer is also a victim. She grew up being molested by a family member and thrown out of the home by her mother at an early age. Living on the streets, she was forced into her way of life and blames men, specifically married men, for her lot in life.

The story focuses on her next victim: a man by the name of Jon. He is something of an enigma. He seems less interested in sleeping with our killer than in getting to know her. He becomes something of a challenge.

What follows is akin to a Shakespearean tragedy only with lots of blood and nudity. While criticism can be leveled at Shaw for some of the “extreme horror series” not being all that extreme, this cannot be said for WHORE. There is plenty of disturbing content from the rape of a minor to sexual torture. It is splatterpunk in fine form.

However, the piece is noticeably less polished than many of Shaw’s other works. Typos are blatantly apparent. While this is always a problem in the self-publishing world, Shaw has for the most part avoided major glitches in the past. Yet here, they serve to take the reader out of what would otherwise be a relatively engrossing narrative.

The story is not as good as Sick B*stards, another novella in the extreme horror series, but it is close and would be in many ways more accessible to the reader if not for the poor editing. This can and hopefully will be corrected in future printings. As it stands, WHORE is good but not great.

Regardless, Matt Shaw stands out as a shining example of what the self-publishing world can be. He is prolific and writes stories that horror aficionados want to read. It will be interesting to see what he comes up with next. 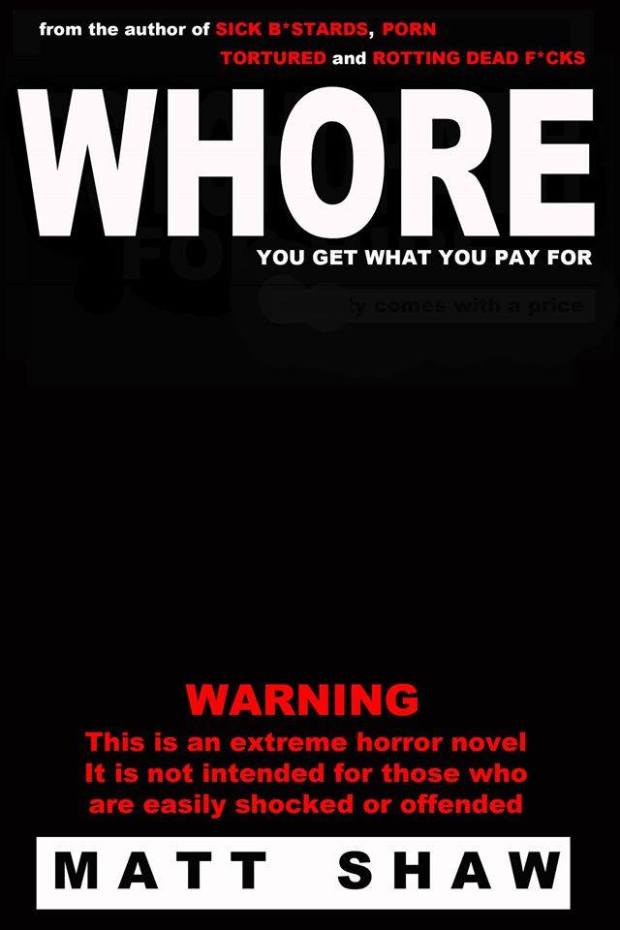