The Residue of Design is a single short story available as an ebook.  This is the second story I’ve read by James Ferace, and between the two it is my favorite.  From my experience, I believe I accurately judge his books by their cover.  Often times the covers reflect a tone of darkness in a psychological sense.  They are out of context and seemingly random with pictures of scars, teeth, sutures, human anomalies, etc.  Real Cronenberg type stuff.  You know you’re getting something unsettling but not sure of what.  Such is the case with The Residue of Design.

Written in first person with a hint of Poe, the main character in Residue goes in and out of flashbacks as he tells the story of the disturbing ability to regenerate after removing parts of his own body—the reasoning why is very clever and could easily make for a much longer story or even book.  As you read you’ll question the man’s sanity throughout, as we are brought through some sickening scenes of self mutilation, poking, and prodding.  The gore is not explicit per se, it’s all in Ferace’s prose.  The ending was very satisfactory, and while I’d love to explain more I think you’d enjoy the ride much more without me ruining the anticipation. 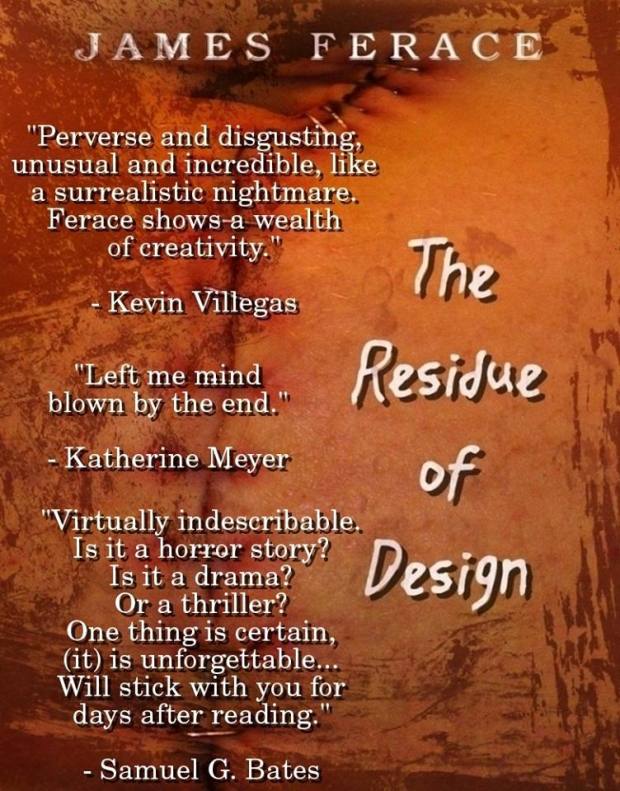 3 Comments on James Ferace ‘The Residue of Design’ Review