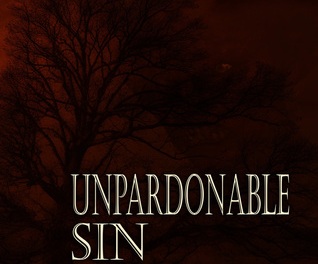 Unpardonable Sin by Michael Potts is about a boy named Jeffrey and his troubles with a demon, Christ-thumping bible literalist dog shit and a peculiar fetish that causes heartbeats to give him boners.

Adult Jeffrey starts thumbing through a journal he kept as a teenager. Jeff begins remembering his troubled youth, wherein the aforementioned Christ-thumping dog shit causes little Jeff to think he was going to hell when he accidentally insults the Holy Ghost.

Why? Damning the Holy Ghost is the Unpardonable Sin. God will forgive you for anything except dissing the Holy Trinity’s equivalent to Ringo Starr.

It’s heartbreaking because it’s so real. Too many kids are brainwashed by fundamentalist ding-dongs into thinking they’re going to burn forever (or chopping off heads or hating gays…I could go on).

Adding to little Jeff’s woes is the Antibeing, a demon that likes to make kids commit suicide. The Antibeing appears as a humanoid snake monster or a tentacled something-or-other. For my fellow Elder Scrolls nerds out there, think Hermaeus Mora.

Yet the Antibeing takes away from the story when the author switches to his perspective. He’s a creepy bad guy when seen through Jeff’s eyes but during the perspective switch he just spouts exposition.

The author spends too much time telling us how this Antibeing is pulling the strings behind the scenes, all in an attempt to make little Jeff kill himself. But guess what? I already know the Antibeing fails because adult Jeff is alive and well reading the journal.

It’s a narrative hiccup that ruined the suspense for me. The whole “adult Jeff” angle not only spoils the story of little Jeff, but even worse, feels completely unnecessary. All adult Jeff does is reflect on parts of little Jeff’s story that we already know about. Oh, and apparently adult Jeff is also a paranormal investigator – awesome, right? Not really, because we don’t find out about it until the very end of the book and doesn’t affect the story.

And yeah, Jeff gets boners when he listens to heartbeats. The author heavy-handedly tells us why this matters but at that point I was tired of hearing about it. I don’t judge interesting fetishes: Poop? Fat guys in diapers?

Whatever man, have at it. But Jeff’s heartbeat boners felt thrown in no for good reason.

He also fucks one of his teachers and assaults a mean church lady. The Antibeing apparently makes him do these things. I’m not sure why and, since they had little impact on the story, I didn’t care anyway.

Unpardonable Sin covers a lot of interesting ground. However, the story structure just doesn’t work, with too many random asides thrown in for reasons I couldn’t understand.

Also, I’m well aware that my use of the word “boner” may have set an HNR record. That was not my intention. (Or was it?) 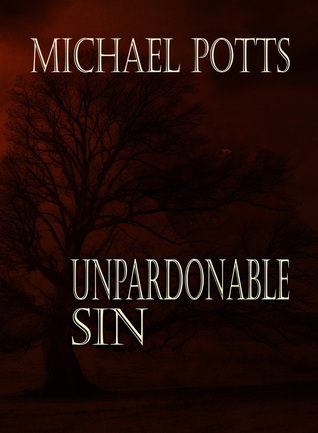